Sanders supporters are the least racist 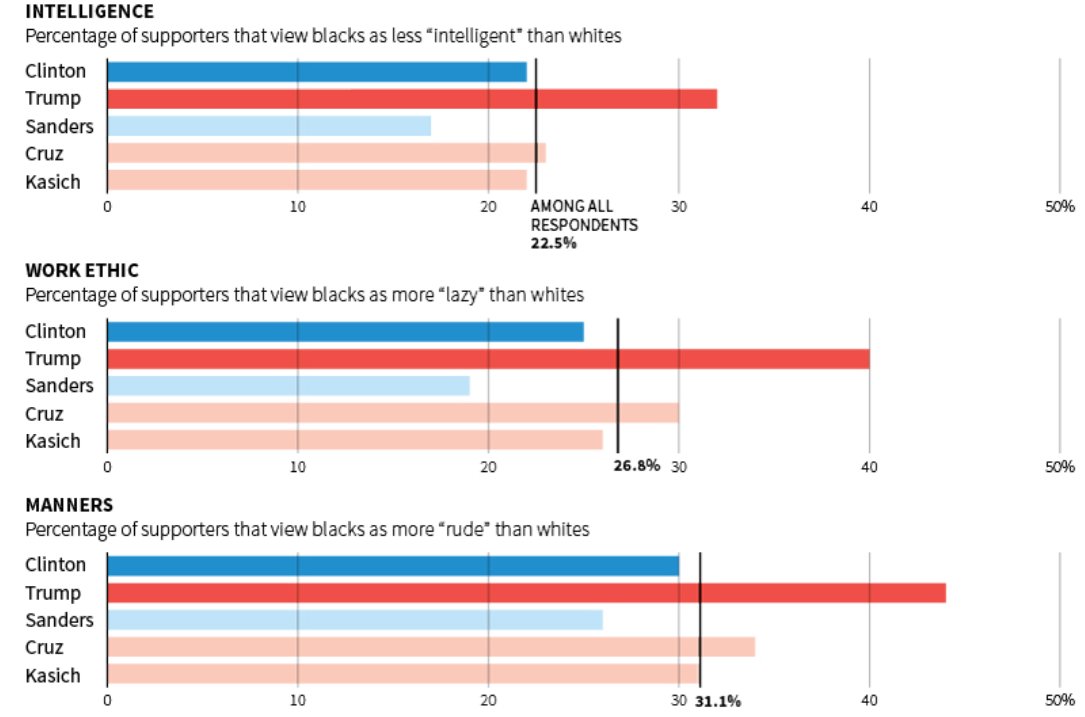 It’s true that Trump also has enough delegates to secure the Republican nomination, but we included the Cruz and Kasich supporters because they showed that those racial attitudes among Trump supporters were significantly more negative than those among other Republicans. (Almost 50 percent of Trump supporters, for example, viewed blacks as more “violent” than whites. About 31 percent of Kasich and Clinton supporters said the same. )

The difference was slight between Clinton and Sanders, but it also was sometimes between Cruz and Trump. We mostly excluded the Sanders data for space reasons. We really should have kept it in.