A roundup of the hilarious, terrible, wonderful art of 4th of July fireworks packaging 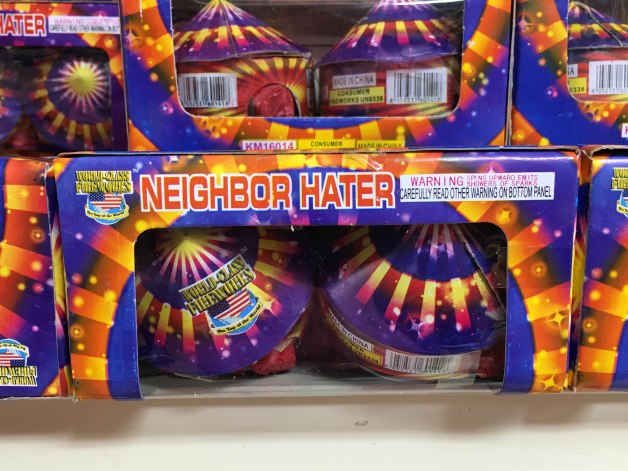 Every July 4, Cabel Sasser photographs the artwork used to sell that year's crop of Independence Day fireworks, which are a graphic design sub-genre that reflects pop culture sensibilities and the national mood.

This is probably Sasser's last year doing so, though, as Vancouver, Washington has banned personal fireworks, starting next year.

It’s not my place to pass judgement on the shriveled up, Raisinet-like hearts of the Vancouver City Council — I know they have their reasons, such as maybe owning dogs, having explosion-sensitive hearing aids, or something about a high chance of fire danger and personal injury to children something something — but I just wanted to let you know…

This could be it. So let’s go.