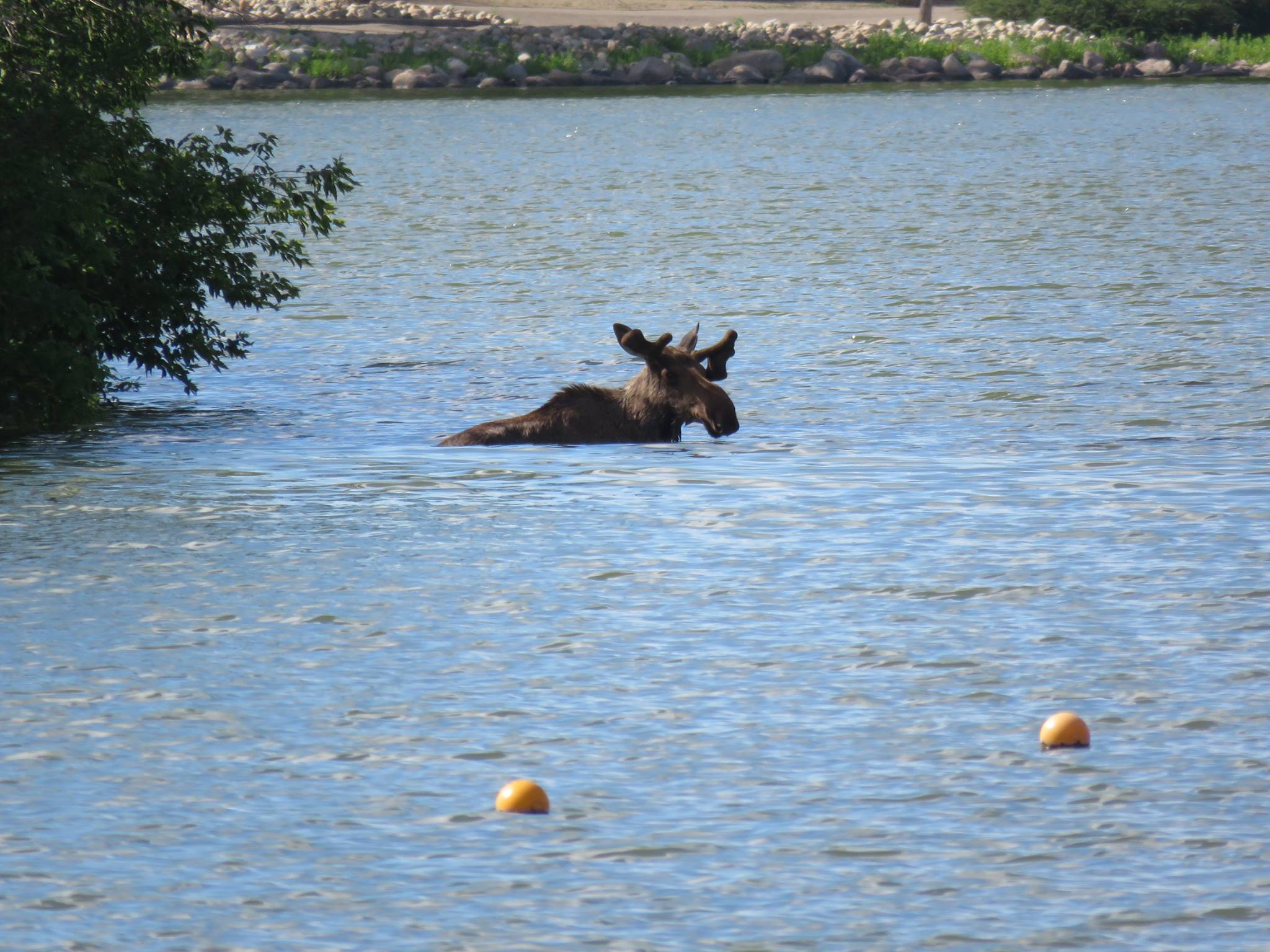 Rangers in Saskatchewan have warned the public against attempting to take selfies with a moose that often swims in Wascana Lake.

Lake Moose appears to have wandered from its more remote usual habitat to take up residence near a suburban park frequented by humans. It hasn't done anything aggressive, and conservation experts want things to stay that way so they don't have to shoot it.

Facebook users began posting pictures of the moose swimming near Spruce Island, on the southwest side of the lake, around 10 a.m. Monday morning. Passersby stopped to watch the moose during its swim and some canoeists even got a close-up view as it approached the shore of Spruce Island.

Leko reported the moose still in the water as of late Monday afternoon. He said the moose will not be shot, unless it “goes into attack mode.” He said in the worst-case scenario the moose would be tranquilized and relocated to its natural habitat.