Dog unnervingly still as others frolic amid pool chaos 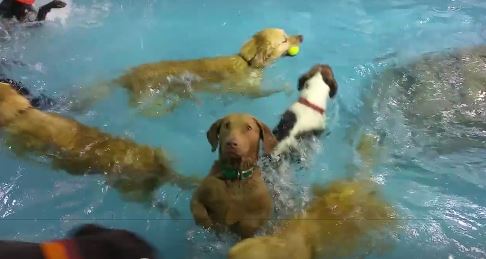 Come on. Throw her a ball. [Video Link]