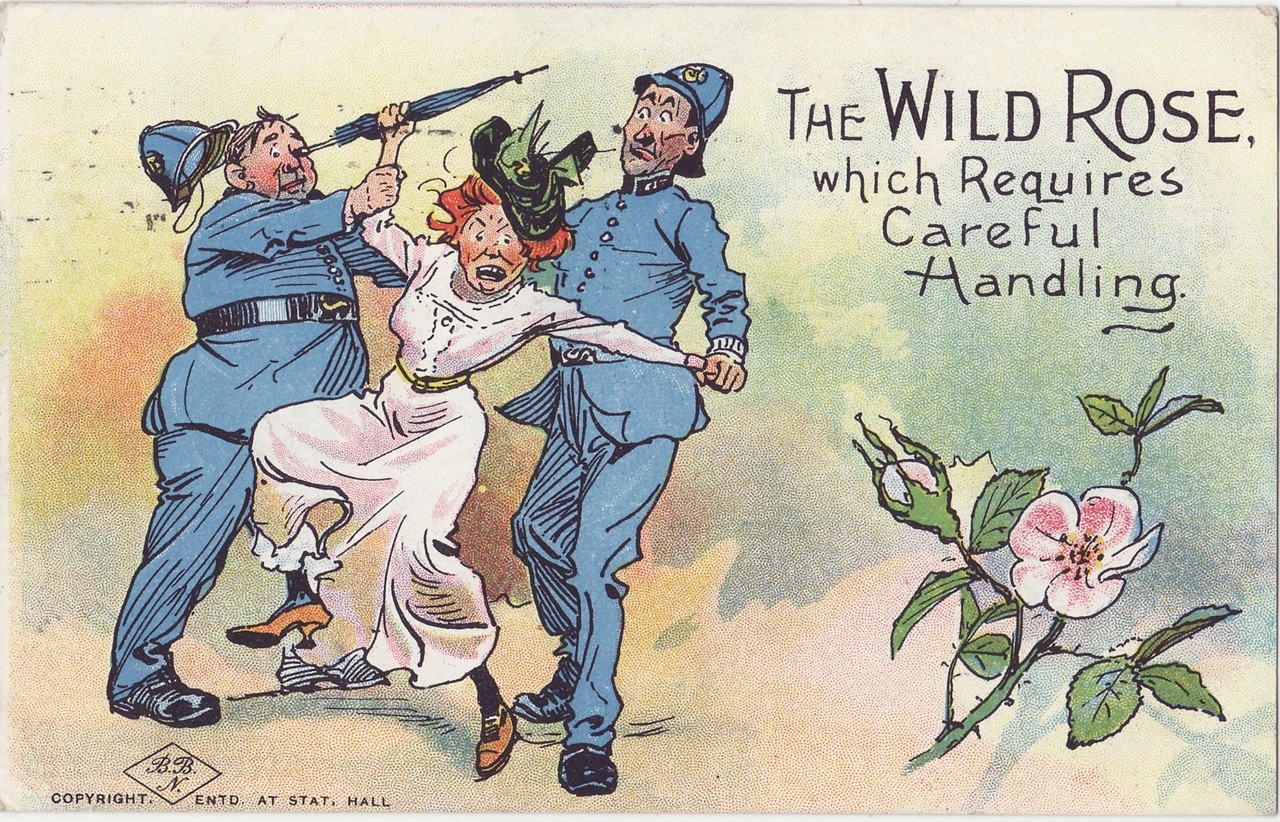 Vintage Everyday collects anti-suffragette postcards from a century hence. Despite the best efforts of angry gentlemen, women got the vote shortly thereafter. [via]