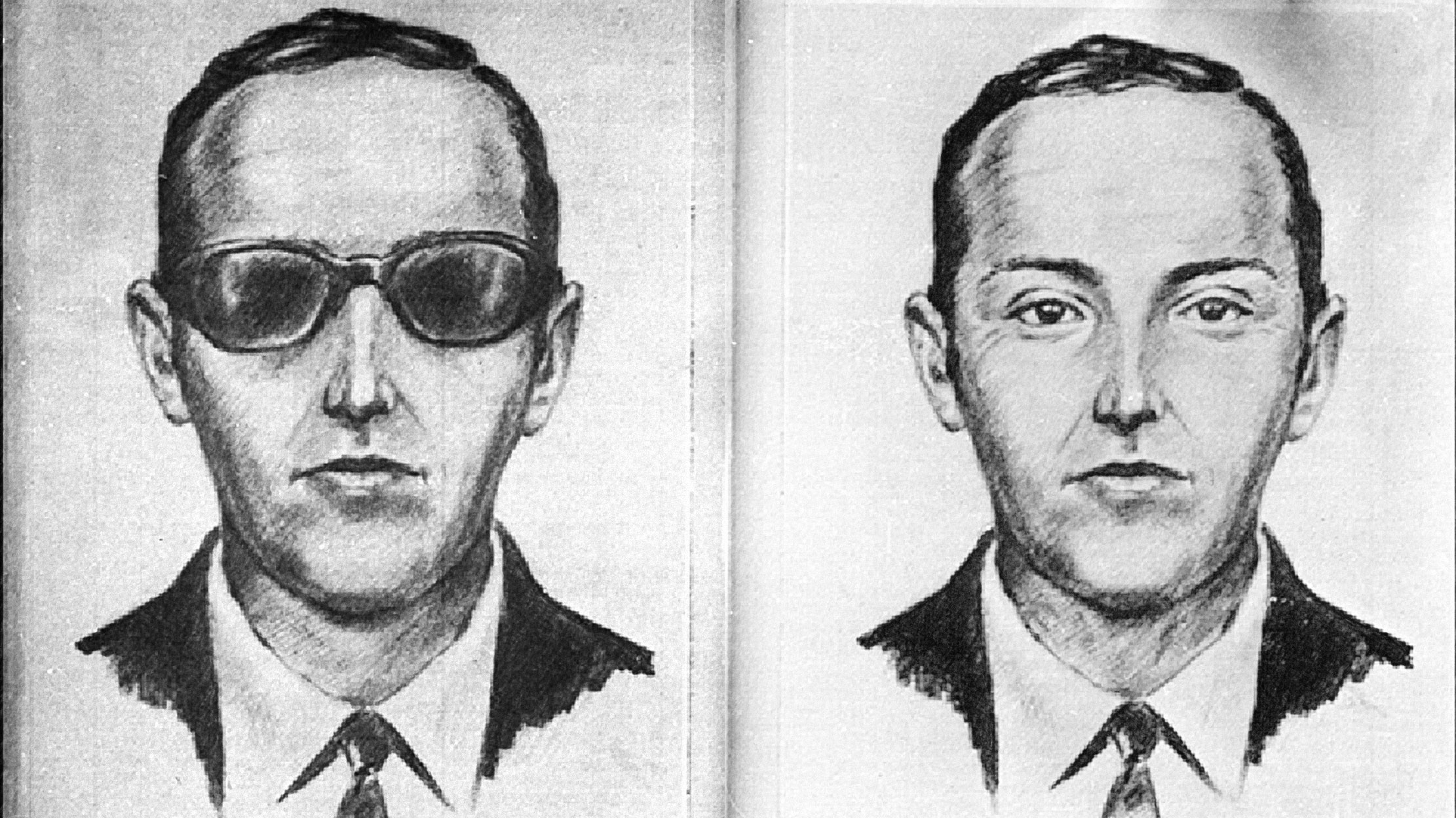 Hijacker D.B. Cooper leaped from a plane in a storm with $200,000 and a parachute and was never seen again. The FBI, after 45 years of investigation, is letting him slip into legend for good.

On Nov. 24, 1971 passenger Dan Cooper threatened to blow up a Northwest Orient flight if he didn't receive $200,000, four parachutes and a flight to Mexico.

As part of the agreement between Cooper and authorities, passengers on the flight were dropped off at Seattle-Tacoma International Airport. In exchange for the hostages, ransom loot and the parachutes were brought aboard.

Shortly before hitting the Oregon border, Cooper jumped out of the plane's tail exit with two of the chutes. Neither Cooper, nor his remains, were ever found. Tattered ransom money was found along the banks of the Columbia River in 1980.