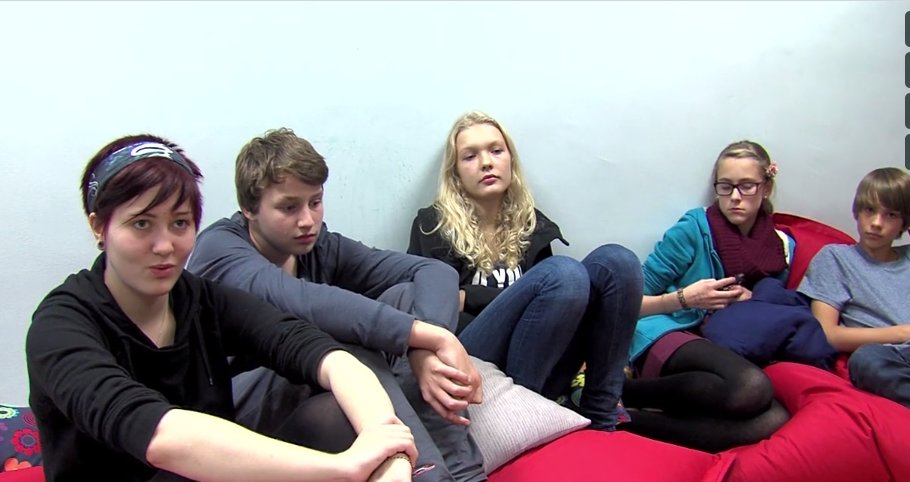 The Evangelical School Berlin Centre is a private "free" school -- that is, it costs money to go there, but the tuition is on a means-tested sliding scale, and the students enjoy enormous educational freedom -- that has drawn attention thanks to the exceptional performance of its graduating students.

At ESBC, there are no timetables or lesson plans, and students aren't graded until they are 15. Students devise their own courses of study, deciding how they'll tackle the material. The curriculum includes courses called "Responsibility" and "Challenge" and students aged 12-14 are also sent out into the world for weeks at a time on their own, with a small amount of cash, to have "adventures."

The school has some inflexible structural elements, such as mandatory Saturday attendance at a "silentium" day for students who lag behind during the week's lessons. The school's head teacher, Margret Rasfeld, describes this structure as complementary to the freedom, a kind of boundary around the edges.

There are good pedagogical reasons to favor this kind of learner-first, individualized education, but the school's own rhetoric is all about training a generation of effective workers who are ready to enter collaborative, creative workplaces where everything is different every time, and change is the norm. This school-as-work-training is an interesting piece of judo, since free school advocates often trace the roots of modern, bell-driven, rigid, anticollaborative educational system as a relic of the Industrial Revolution's need for factory-ready workers.

30% of ESBC's students are the children of migrants and 7% come from homes where no German is spoken. The school is nominally Christian (and includes mandatory Christian services at the start of each day), but pupils are drawn from a variety of religious backgrounds.

ESBC's graduates test out in the nation's top tier in their admissions exams for the comprehensive school system, and perform well in more structured educational environments after graduation. The school has a 500-student waiting list and some Germans have called for the approach to go national.

I'm a product of a similar educational program, which I started in fourth grade, at a public alternative school in Toronto that educated kids from kindergarten to eighth grade in one group, with student-driven, project-based learning, and regular times (every second Wednesday afternoon) when we were expected to leave the school on our own and travel around the city on public transit to learn things on our own. I went on to Toronto's public secondary alternative school system and ultimately spent seven years there, delaying university admission because I felt I was able to learn so much for free in my high school (I ultimately failed to graduate from four universities because I was frustrated with their inflexibility and emphasis on exams and rote learning).

Aged 65 and due to retire in July, Rasfeld still has ambitious plans. A four-person “education innovation lab” based at the school has been developing teaching materials for schools that want to follow the ESBC’s lead. About 40 schools in Germany are in the process of adopting some or all of Rasfeld’s methods. One in Berlin’s Weissensee district recently let a student trek across the Alps for a challenge project. “Things are only getting started,” says Rasfeld.

“In education, you can only create change from the bottom – if the orders come from the top, schools will resist. Ministries are like giant oil tankers: it takes a long time to turn them around. What we need is lots of little speedboats to show you can do things differently.”

(Image: The Learning Office [School on the Move/Vimeo]