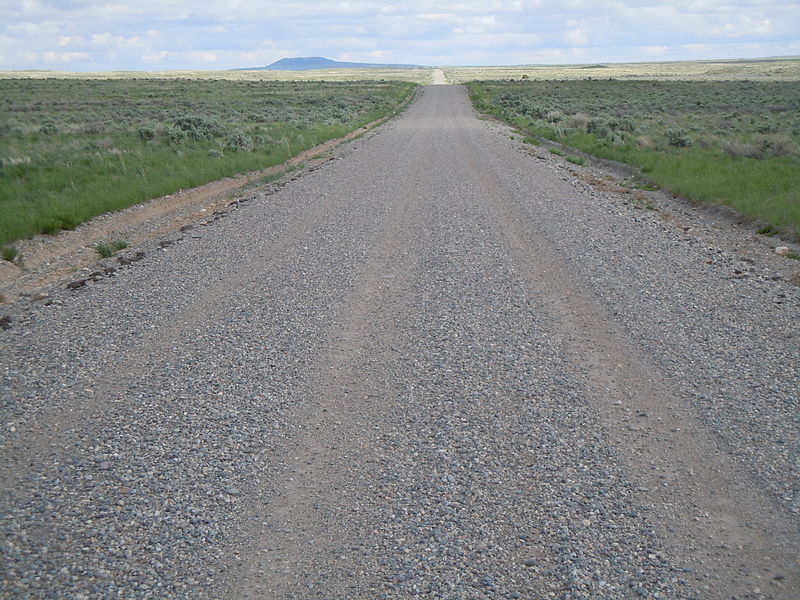 Since the Reagan years, infrastructure spending has been so politically unpopular in America that the nation's roads, ports, power grid and other hallmarks of an advanced society are crumbling, sometimes beyond repair.

By neglecting infrastructure spending, tax-phobic politicians have been able to claim that they were being "fiscally responsible," because borrowing money to keep roads, schools, hospitals and other foundational national elements would "burden future generations," but in reality, the unwillingness to spend money on upkeep has saddled America with a maintenance debt that will cost far more to pay down than any cash loan (see also: "a stitch in time saves nine," "an ounce of prevention is worth a pound of cure").

The chickens are coming home to roost in rural America, where paved roads have been neglected so long that they are effectively beyond repair, prompting municipalities to tear them up and replace them with car-smashing gravel roads whose dust pose a health hazard to residents and livestock.

“We didn’t know how prevalent this was,” says Laura Fay, an environmental science researcher with Montana State University’s Western Transportation Institute, who helped compile the report. But there’s clear reason for it. The Congressional Budget Office finds that the while public spending on transportation and water infrastructure has actually increased since 2003, the costs of asphalt, concrete, and cement have jumped even faster. With those extra expenses factored in, public expenditures on transportation infrastructure relative to cost fell by nine percent between 2003 and 2014.

Like many towns facing this recession, Montpelier has slashed its road budget. Meanwhile, several local bridges and retaining walls needed serious, urgent updates. “Asphalt’s pretty expensive,” says Tom McArdle, the city’s head of public works. By un-paving instead of repaving, Montpelier saved about $120,000—a big chunk for a city whose annual budget for street building and repairs was $1.3 million in 2009.