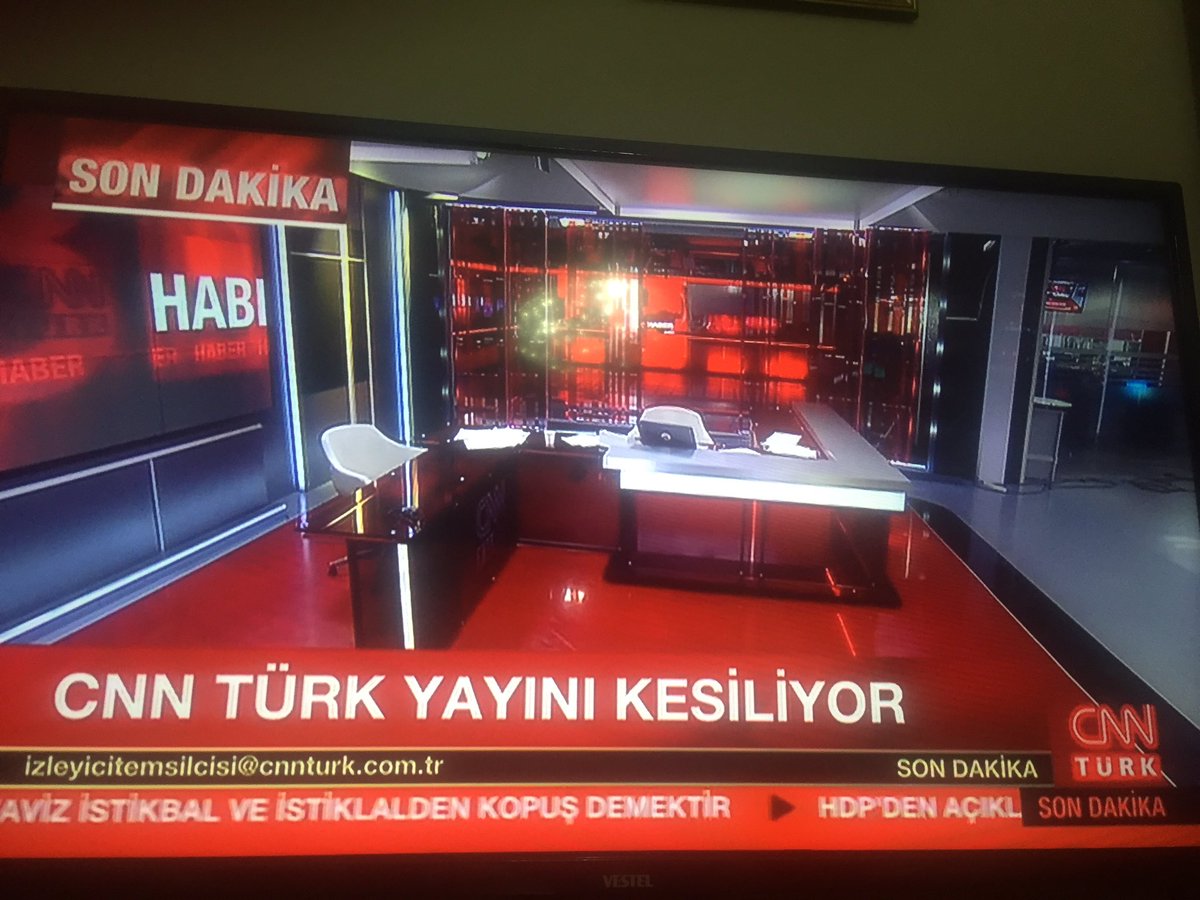 Military officials aligned with the junta tried took over CNN Turk in Istanbul, minutes after the news network reported the death toll from Parliament, and word that President Recep Tayyip Erdoğan was flying back to the city after being briefly (?) sort of ousted from control.

The CNN Türk studios were broadcasting to Facebook Live when the junta forces broke in, and for some time, the CNNTürk stream displayed an empty studio with the sounds of a crowd chanting outside.

"We don't know how much longer we can continue our broadcast" says @CNNTurk anchor as soldiers enter studio https://t.co/NcCFaICe3W

BREAKING A group of soldiers landed in Dogan Media Center where @cnnturk is based. They have entered the studio. pic.twitter.com/D2QMF6s8Xt

CNN Türk Gen Dir @aktaserdogan reports civs from outside have entered the building and there is a struggle ongoing. pic.twitter.com/gppPVANL3R

Their Facebook Live broadcast has since resumed, hosted by Erdogan Aktas (who was hosting at the time soldiers broke in).

At the time of this post, you can still hear a large crowd chanting outside, and the anchors seem very agitated. It wasn't immediately clear if the soldiers were still there, or if they'd left, or if anyone was harmed.

Turkey is a very social media literate country. Live streams via Periscope and Facebook Live are all over the country at the time of the coup. The revolutions of our time are being televised, after all.

Turkey President Erdogan addresses the nation via CNN Turk, which is broadcasting on Facebook Live during the coup

I'd once given a talk on how different a coup would be in Turkey if it had internet. Erdogan tweeted, facetimed, people argued on WhatsApp.

Erdogan is addressing Turkey on live TV. Some channels have been taken off but most are up, and pro-government. Internet barely blipped.

This was basically Erdogan's speech: It was the Gulenists, they will pay. Now PM Yıldırım says people should stay outside in squares.

Also Erdogan says they bombed his hotel in Marmaris after he left. PM Yildirim says it's not over, people should stay outside.

So coup forces still have some helicopters and F-16s. Pro-government forces have mass media. Holding Bosphorus bridge But not mass media?

For those of you wondering about @CNNTurk, it launched in 1999 — it's operated by local journalists in Turkey — they license the CNN name.

I'm hearing the call to prayer from mosques all around. I don't believe it is the right time. It seem mosques were mobilized to oppose coup.