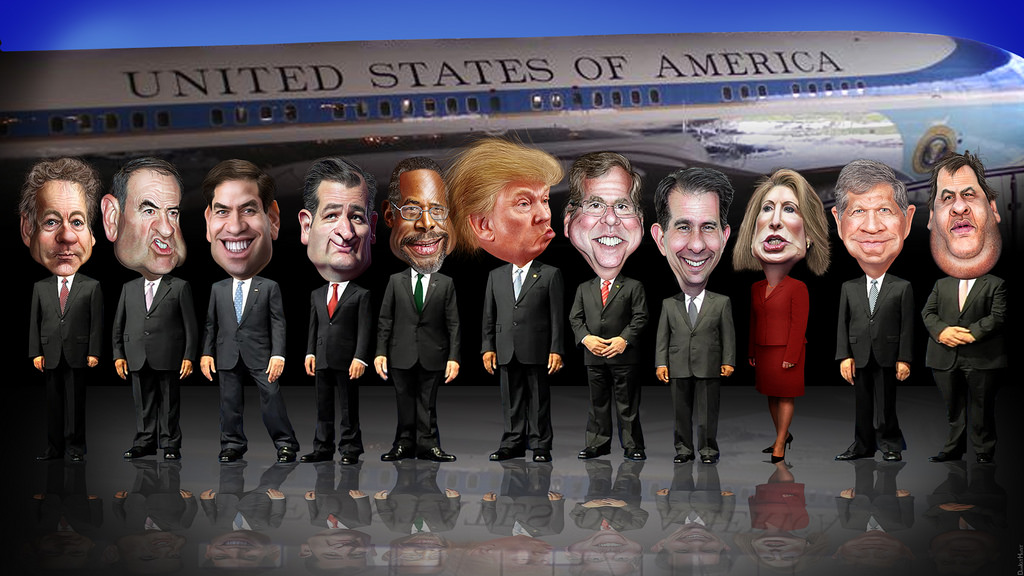 Rick Santorum said pregnancy from rape is a "gift from God" and compared gay relationships to "man-on-dog" sex -- and he signed a pledge saying that African-Americans had it better during slavery.

He's not an aberration, either. The whole cadre of GOP presidential nomination hopefuls were a bumper-crop of absolute terribleness: Rick Perry's summer hunting camp is called "Niggerhead" and he pledged to eliminate three cabinet-level government agencies, but couldn't remember which ones. He is a young-Earth Creationist, an anonymous GOP governor once said that Perry was "like George W Bush, but without the brains."

Bobby Jindal named himself after a character on the Brady Bunch and bankrupted Louisiana by cutting taxes on the wealthy. Carly Fiorina is a climate-change denier who tanked HP and thinks Planned Parenthood sells foetal organs. Rand Paul wants to eliminate environmental and civil rights legislation and eliminate welfare. Scott Walker said he could be trusted to fight Isis because he'd defeated Wisconsin's teachers' unions. Chris Christie is basically a mafia don, but not a competent one. Jeb Bush thinks that health insurance can be eliminated by giving people Apple watches and that poverty can be solved by everyone "working longer hours."

And so on: Eliot Weinberger's magisterial biography of the GOP Class of 2016 is a reminder that Trump wasn't an aberration in the Republican leadership -- just the brightest blaze in the permanent tire-dump fire that is the Republican Party.

They could have picked Dr Ben Carson, a neurosurgeon, who, with his unfocused gaze and mumbled rambles about the ‘fruit salad of life’, often seemed as though he’d spent too much time in the hospital pharmacy. An African American, he called Obamacare ‘the worst thing that has happened in this nation since slavery’, declaring it to be, in fact, ‘slavery in a way’, because its passage was part of a larger Leninist push to impose communism on America. He said that if people want to know the truth about President Obama, they should simply ‘read Mein Kampf’ and the works of Lenin, and that ‘if there were no Fox News and if there was no conservative radio, we would already be Cuba. I know [Obama] realises that they’re impeding his agenda of fundamentally transforming this nation into something else.’

In one of the debates, Carson suddenly announced that he had inside information about Chinese troops in Syria, but he became better known for his Egyptology: ‘My own personal theory is that Joseph built the pyramids to store grain. Now all the archaeologists think that they were made for the pharaohs’ graves. But, you know, it would have to be something awfully big if you stop and think about it, and I don’t think it’d just disappear over the course of time to store that much grain.’ He has also explained that the ‘Adversary’, Satan himself, entered the heart and mind of Charles Darwin and persuaded him to come up with the theory of evolution to undermine God’s word. He plans to write a book called The Organ of Species, ‘to talk about the organs of the body and how they completely refute evolution’. Donald Trump, for some reason, compared the somnambulist Carson to a child molester: ‘You don’t cure these people. You don’t cure a child molester. There’s no cure for it. Pathological, there’s no cure for that.’ In Carson’s home there is a large painting of Jesus with his hand on Dr Ben Carson’s shoulder.

They could have picked...
[Eliot Weinberger/London Review of Books]