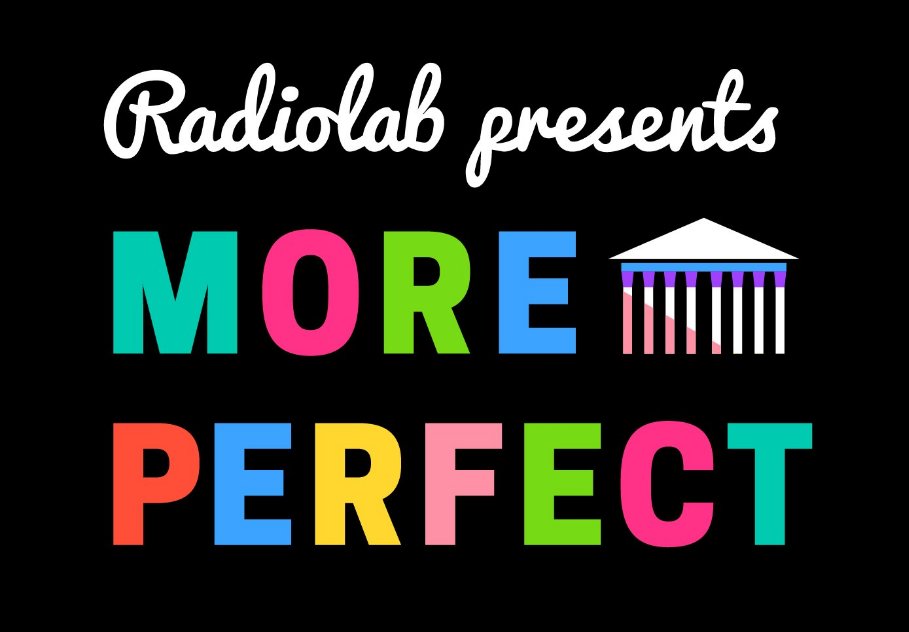 When I first heard that Radiolab (previously), the wonderful podcast that combines deep dives into technical subjects with masterful storytelling, was going to start a new podcast about the Supreme Court, it sounded like a weird fit.

But after just a few episodes, I've come to understand exactly what a stroke of genius this podcast is.

First of all, only the gnarliest, weirdest disputes reach the Supreme Court, so every one of those cases is going to have a fantastic and intricate story behind it. Second of all, Supreme Court decisions make and break the law of the land, meaning that all those decisions — even/especially the very old ones — will have consequences that redound through the ages, giving the stories gravity and consequence. Finally, the Oyez project at Chicago-Kent Law School provides audio and transcriptions of Supreme Court hearings back to 1955, all in the public domain (because they're works of the US federal government), which makes for an incredible, easily accessed trove of remarkable, rarely heard primary audio source material.

The half-dozen episodes that More Perfect has shipped so far this summer have been nothing less than riveting — what's more, like Radiolab itself, each one makes you smarter about something that affects your everyday life and the lives of the people around you. You just couldn't ask for anything better.

Supreme Court decisions shape everything from marriage and money to public safety and sex. We know these are very important decisions we should all pay attention to – but they often feel untouchable and even unknowable. Radiolab's first ever spin-off series, More Perfect, connects you to the decisions made inside the court's hallowed halls, and explains what those rulings mean for "we the people" who exist far from the bench. More Perfect bypasses the wonkiness and tells stories behind some of the court's biggest rulings.