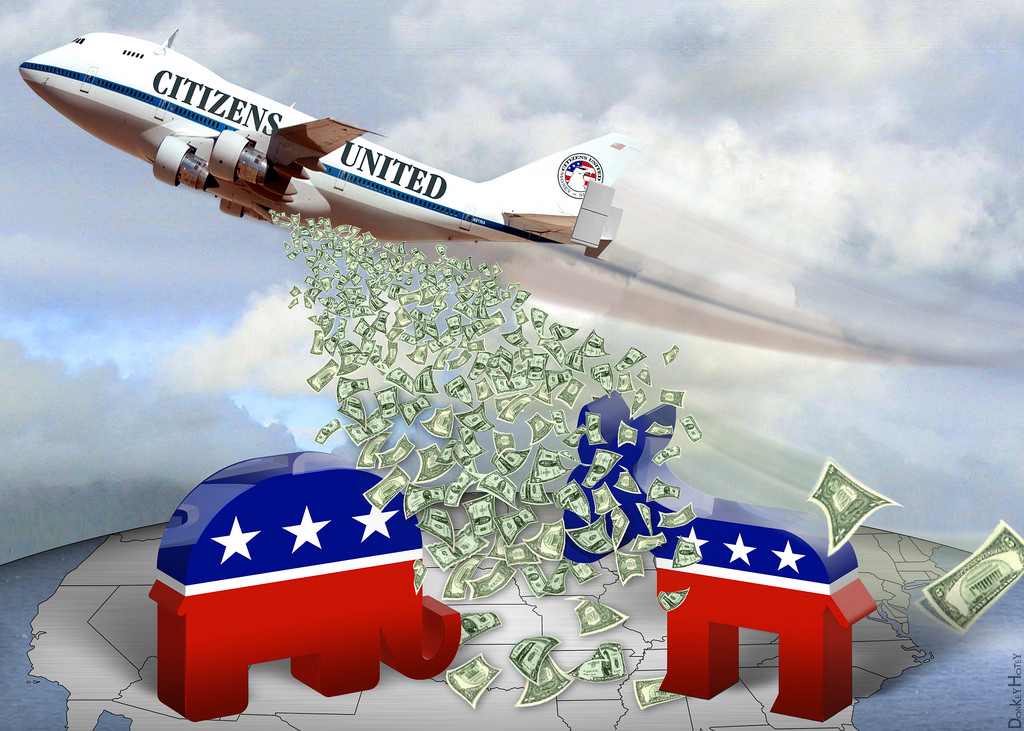 The newly adopted campaign finance reform section of the GOP platform for the 2016 election calls for "raising or repealing contribution limits" for private individuals and demands an end to "requiring private organizations to publicly disclose their donors to the government," which means that the identity of PAC financiers will be completely secret, opening up offshore financing of US political candidates; finally, the platform condemns "forced funding of political candidates," meaning public election financing.

So, did Trump ever actually cared about the problem of big money politics? Based on the platform, the answer is, no, Trump never cared, and in fact, he’ll make the situation far worse.