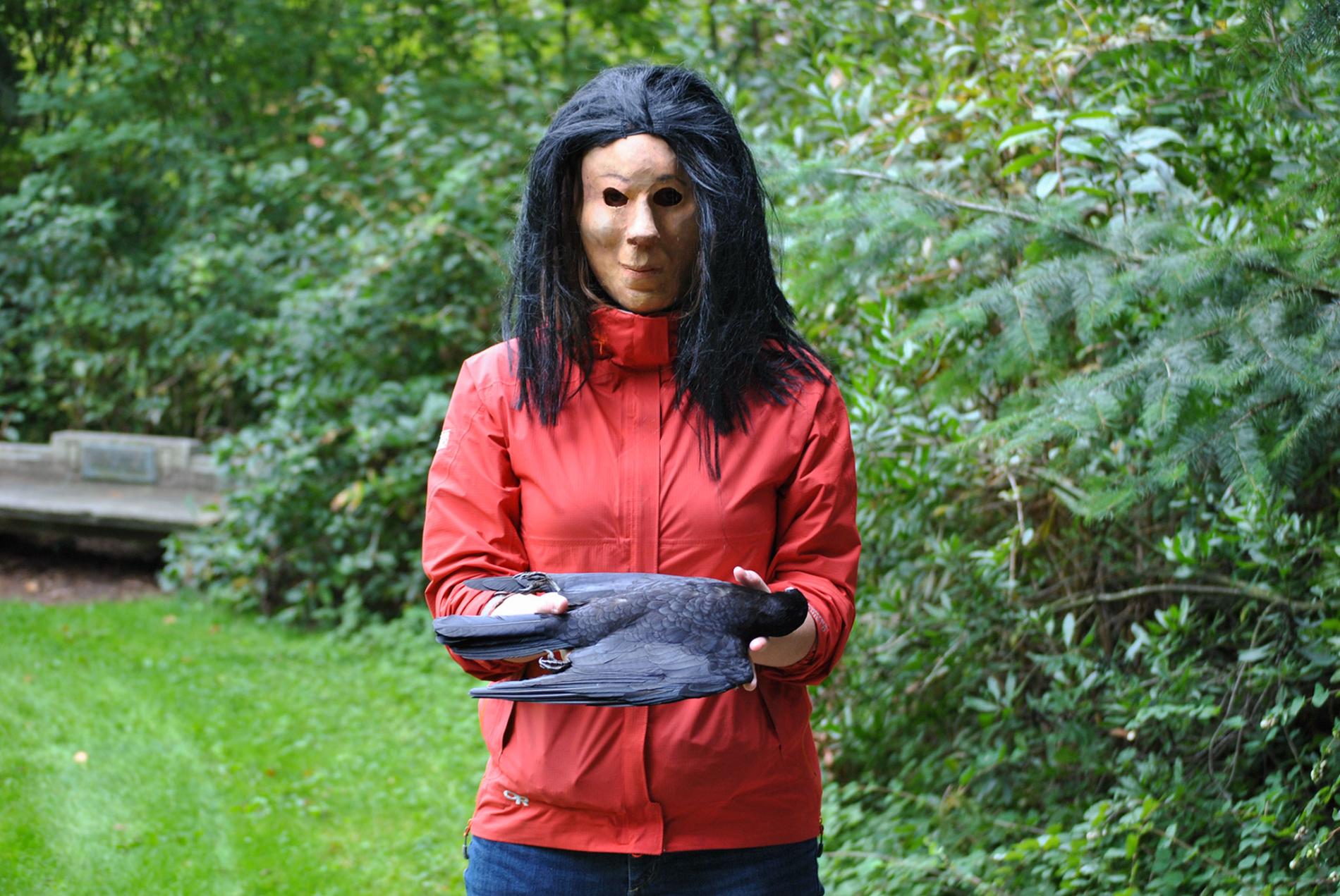 One study involved using masks to see if crows would avoid humans who handled dead crows (and thereby implicated themselves in the investigation.) They did. On the other hand, if crows are smart enough to investigate murders, maybe they're smart enough to take one look at that mask and think: "OK, that is definitely a murderer."