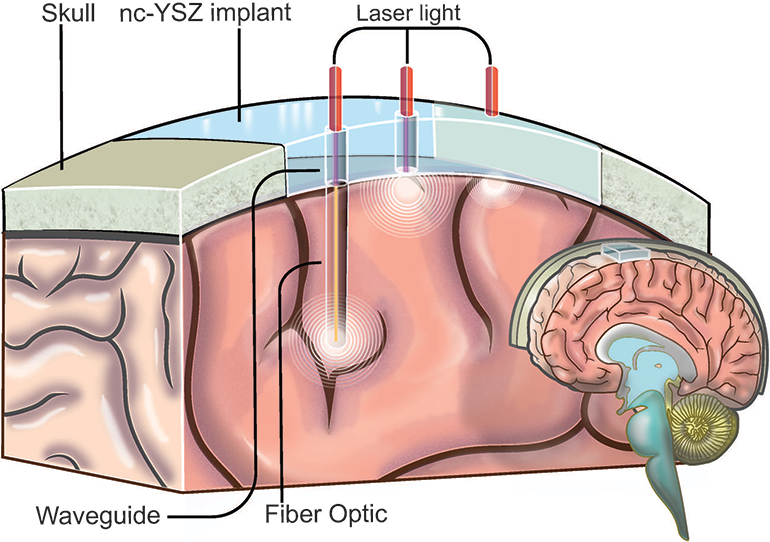 Researchers at UC Riverside and Centro de Investigación Científica y de Educación Superior de Ensenada have published a paper describing their ongoing success in setting a "transparent nanocrystalline yttria-stabilized-zirconia" into patients' skulls, which reveal the patients' brains so that the patients' brains can be zapped with therapeutic lasers.

The researchers showed that they can use lasers to zap bacteria growing on the panel/bone interface, which is pretty important if you don't want to die of meningitis.

In their latest work the researchers showed that they can use lasers to kill bacteria forming around the implant, and maintaining a clear window for targeting the brain. They also demonstrated that when implanted into an animal, the implant does not arise an immune response or any other noticeable side effects.

“The YSZ was actually found to be more biocompatible than currently available materials, such as titanium or thermo-plastic polymers, so this was another piece of good news in our development of transparent YSZ as the material of choice for cranial implants,” said Guillermo Aguilar, professor of mechanical engineering at UC Riverside.