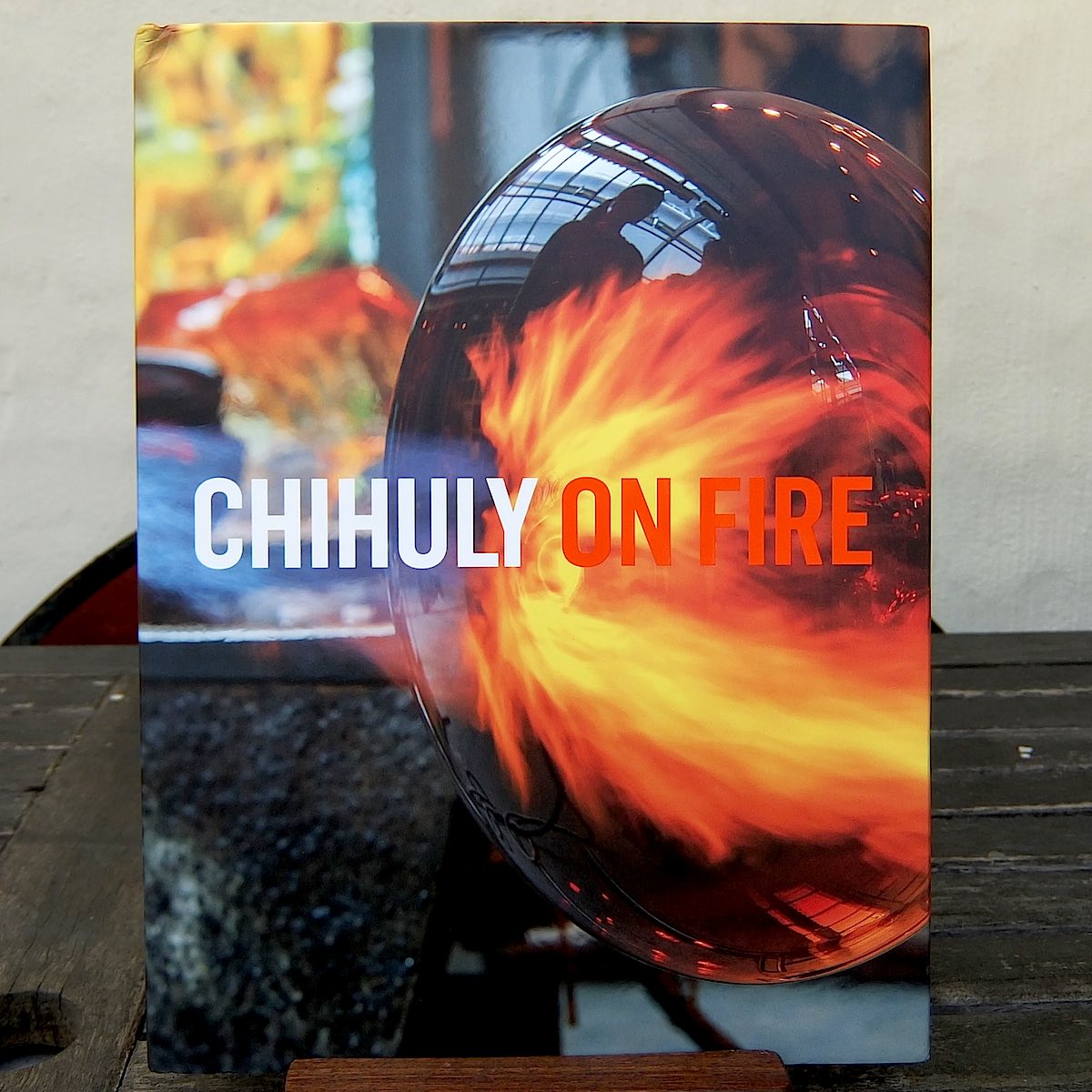 For several decades now, art critics and casual admirers alike have talked about Dale Chihuly’s art in terms of its forms. Indeed, the artist himself organizes his work largely by their physical shapes, as does his latest self-published coffee-table book, Chihuly on Fire, whose chapter titles range from “Baskets” and “Sea Forms” to “Jerusalem Cylinders” and “Rotolo.” But thumbing the pages of this sumptuous, hardcover volume, and reading the biographical essay by art-history professor Henry Adams, one is struck by the importance of color to Chihuly’s work.

The shift to color began in 1981, when Chihuly and his team of gaffers and assistants produced the first of what would become known as the Macchia series. These often enormous vessels, whose sides were usually folded and deformed, featured solid-color interiors, lip wraps in contrasting hues, and thousands of “jimmies” of pure crushed colored glass, usually set against a background of white glass “clouds.”

Even in his early days, Chihuly’s ambitions for his chosen medium seemed larger than the modest network of glass-art galleries around the country would have the wherewithal to support. By the time his Macchia pieces came along, the so-called craft arts, of which glass art was but one, were allowed to be exuberant and even a bit zany, but they were ultimately expected to exhibit good table manners, to sit uncomplainingly at the kid’s table of the art world. Gloriously and unapologetically garish, Chihuly’s Macchia pieces were a grinning, joyful, and emphatic “fuck you” to all of that. With the Macchia, Chihuly finally shook off the cobwebs of craft, not so much because the pieces pushed the boundaries of technique to ludicrous places – although they certainly did that – but because they pushed what was possible, and politic, with color.

Today, technique remains central to Chihuly’s work, while his teams of artisans have become ever-more adept, as the 2013 photo in Chihuly on Fire of two assistants in helmeted, fireproof space suits preparing to catch a still-glowing piece dramatically shows. To be clear, it’s okay to be impressed by that sort of thing, to get sucked into the spectacle that is Chihuly. After all, lots of artists have made careers of astounding viewers with physical spectacle, as anyone who has walked within the rusty, leaning walls of a curving Richard Serra can attest. In a way, though, Chihuly takes the greater aesthetic risk by being brash enough to demand that his creations are also, well, beautiful. For that, color rather than form has been his most capable collaborator.