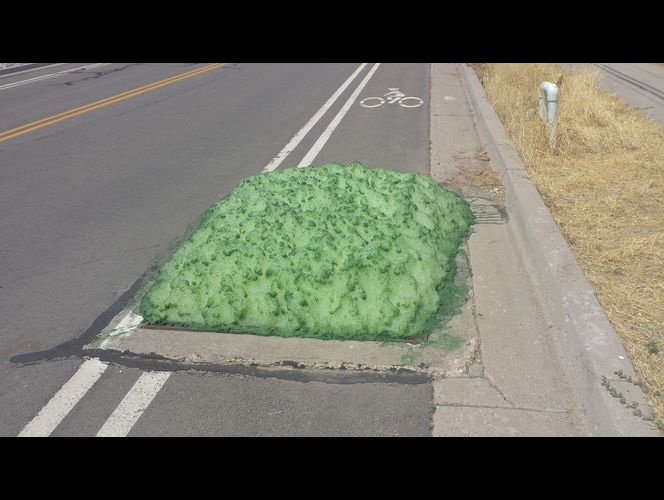 Salt Lake City area health officials are investigating a very strange green foam that's emerging from a sewer grate in Bluffdale, Utah. Residents are freaked out because the nearby Utah Lake waterway was recently shut down due to a large toxic algae bloom.

Resident Tara Dahl said she watched the foam "kind of bubbling a little bit, and then you got closer and you could see it start rising,"

According to the Salt Lake County Health Department though, this particular nasty green material is more likely the result of chemicals used for moss removal in Welby Canal. That said, Welby Canal connects to the Jordan River which links directly to, you guessed it, Utah Lake where the toxic algae is blooming.