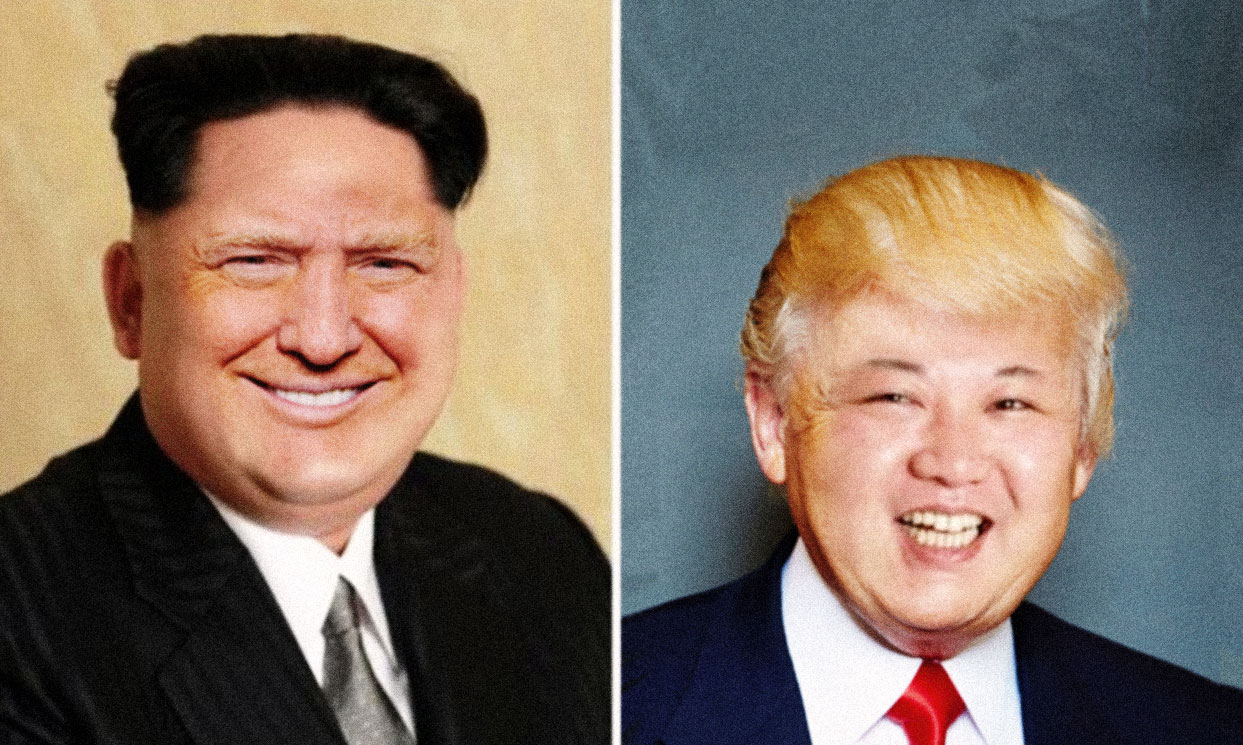 North Korea is on Team Trump, reports Reuters, describing the millionaire mogul as a "wise" choice and his rival as "thick-headed Hillary."

Run by a brutal and notoriously reclusive authoritarian clique, North Korea is under U.N. sanctions and regularly threatens the U.S. and the south with nuclear annihilation. Trump has indicated he will take a softer line with the regime.

"It turns out that Trump is not the rough-talking, screwy, ignorant candidate they say he is, but is actually a wise politician and a prescient presidential candidate," said the [DPRK Today] column, written by a China-based Korean scholar identified as Han Yong Muk.

DPRK Today is among a handful of news sites run by the isolated North, although its content is not always handled by the main state-run media.

It said promising to resolve issues on the Korean peninsula through "negotiations and not war" was the best option for America, which it said is "living every minute and second on pins and needles in fear of a nuclear strike" by North Korea.