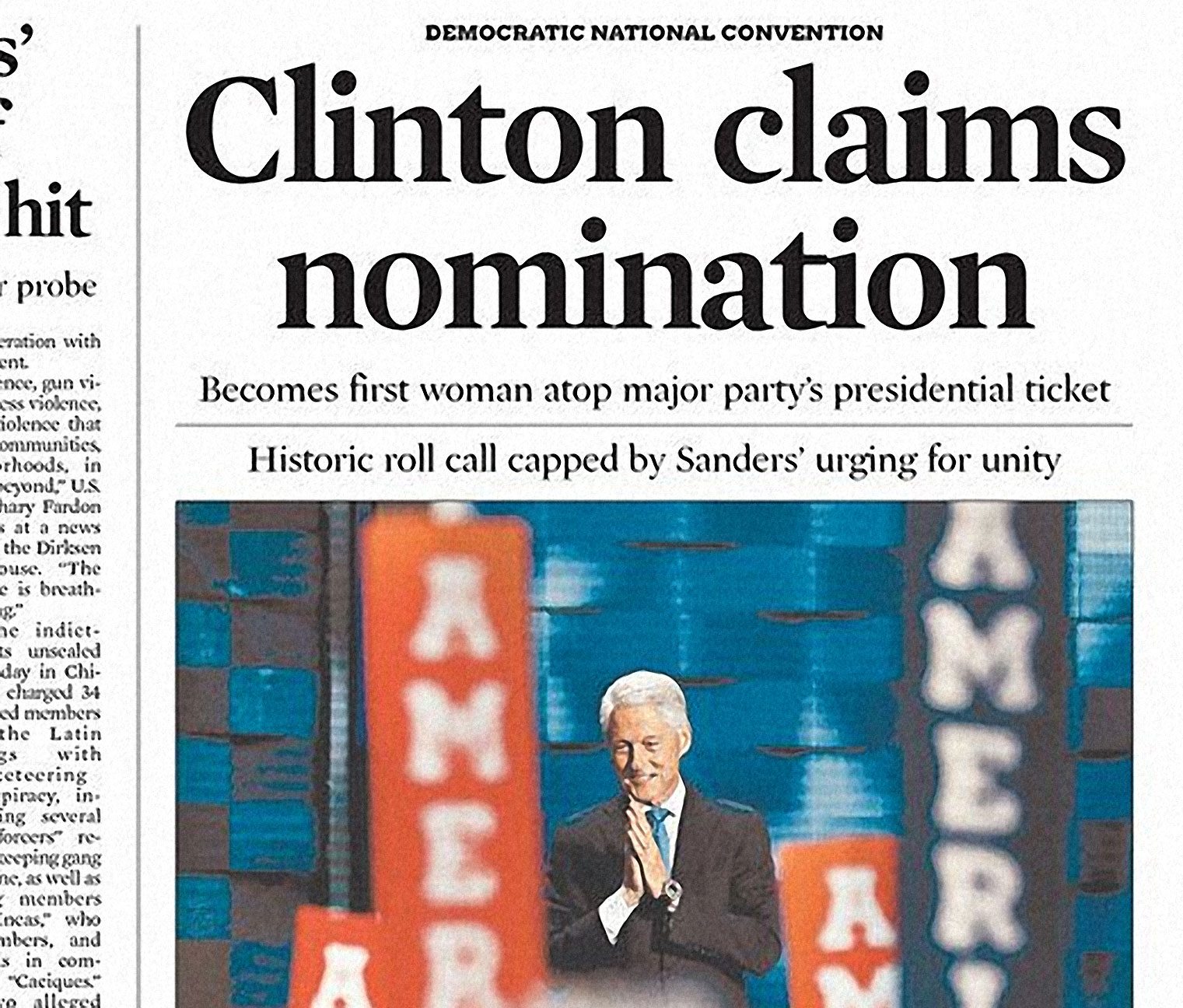 The excuses for this come prepackaged: it's what was on the photo wires, his was the great speech of the night, it illustrates a moment of transition in politics, etc.

Jill Abramson's numbing headline is the key to understanding how these people think, how they tell stories: "Bill Clinton's speech made Hillary human again."

Bonus! The Washington Times used a picture of Bernie Sanders.