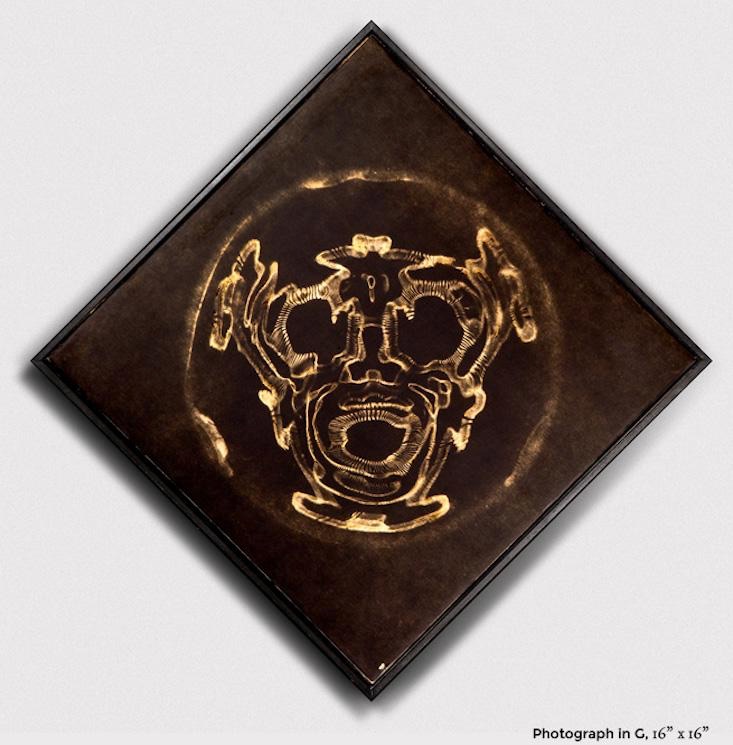 Artists Jeff Louviere and Vanessa Brown explore cymatics, the study of wave phenomena and how they are represented visually. Using black-colored water, a laptop computer, and a modified guitar amp, they captured "portraits" of the 12 notes in the chromatic scale. From my sister-in-law Heather Sparks's profile of their project in Nautilus:

In each ("portrait"), Louviere and Brown saw a distinct image: G looks like a devil, C# is the tree in the Garden of Eden, and F is something like the underbelly of a frog. If you were to repeat this experiment, you would get the same designs.

Pressing further their idea that “sight can be seen and images can be heard,” Louviere turned the 12 sound-induced patterns back into sound using Photo Sounder, a program that assigns sounds to the black and white values it scans along the x and y axes of an image. After applying the program to the 12 portraits, Louviere had 12 very distinct, “odd and bleepy” sound files, which he mixed together into a final soundscape born from the visuals of all 12 notes.

"This Is What Musical Notes Actually Look Like" (Nautili.us)


The audio is now available on a beautiful vinyl record: Louviere + Vanessa: Resonantia