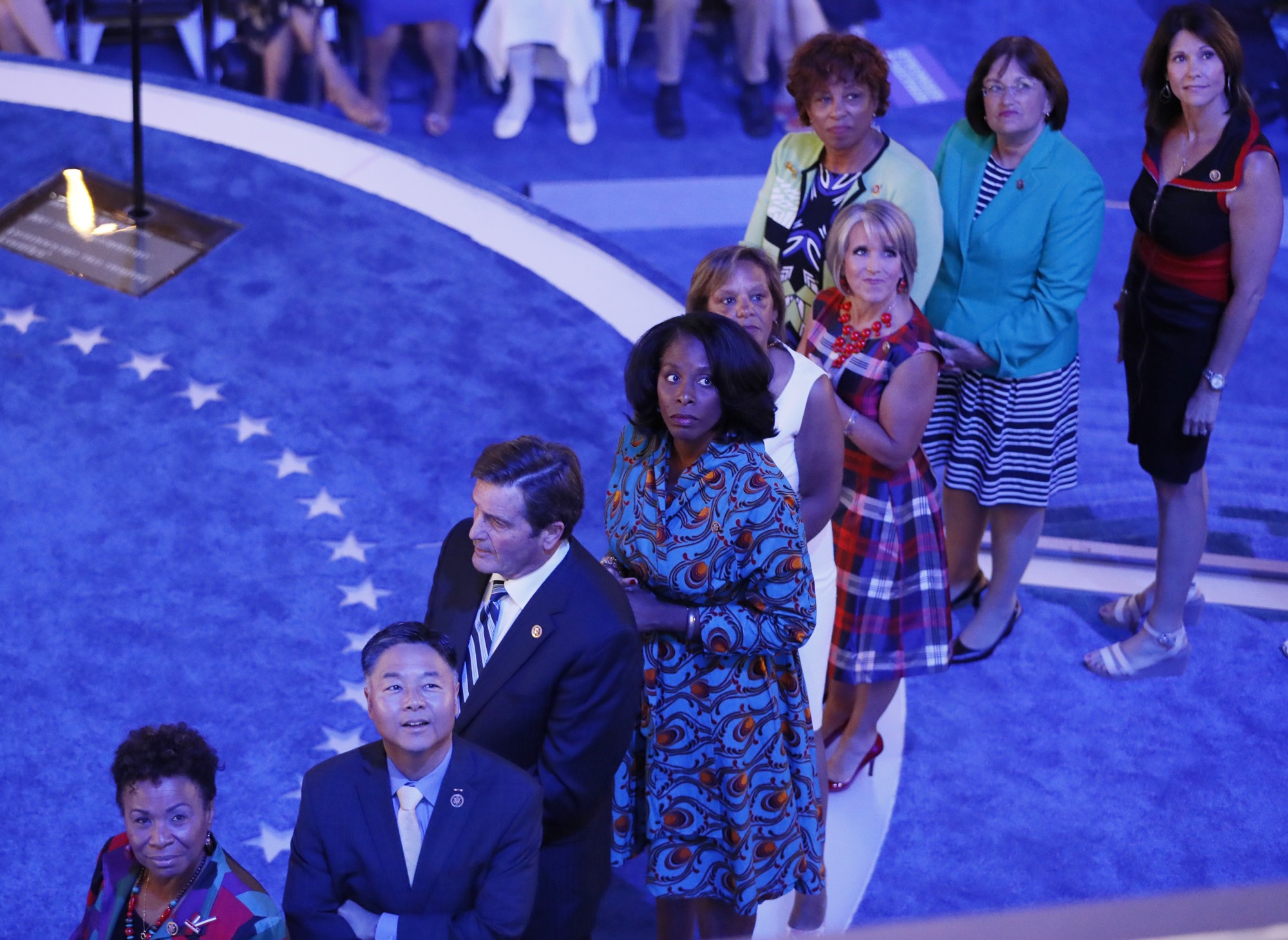 Congressional candidates that are running for office and being supported by the Democratic Congressional Campaign Committee watch a video while standing onstage at the Democratic National Convention in Philadelphia, Pennsylvania, U.S. July 27, 2016. REUTERS

Other news outlets reporting on the intrusion said the work “appeared to be carried out by the same Russian intelligence service that hacked the Democratic National Committee earlier this year,” again citing unnamed “individuals,” but we don't know what evidence or indicators caused these unknown sources to arrive at this determination.

Russia denies involvement. It's possible that Putin's government is directly responsible, but there are many other possibilities. Big hacks are hard to pin down, and for this and many other reasons they are often misreported in the initial phase following discovery. Skepticism is healthy, especially during an election season as nuts as this one.

Exactly what data was exposed in the hack is unclear. Typically, donors who are submitting a contribution offer info like name, email address, credit card details, or other financial authentication. The pilfered data could allow criminals to hack into other systems, but whether this has happened, or will, nobody knows.

“The DCCC raises money for Democrats running for seats in the U.S. House of Representatives. The intrusion at the group could have begun as recently as June,” Reuters reports.

"I have concerns that an agency of foreign intelligence is hacking and interfering with a U.S. election," Clinton campaign chairman John Podesta told Reuters.

The previously unreported incident at the Democratic Congressional Campaign Committee, or DCCC, and its potential ties to Russian hackers are likely to heighten accusations, so far unproven, that Moscow is trying to meddle in the U.S. presidential election campaign to help Republican nominee Donald Trump.

The Kremlin denied involvement in the DCCC cyber-attack. Hacking of the party's emails caused discord among Democrats at the party's convention in Philadelphia to nominate Hillary Clinton as its presidential candidate.

The newly disclosed breach at the DCCC may have been intended to gather information about donors, rather than to steal money, the sources said on Thursday.

That was when a bogus website was registered with a name closely resembling that of a main donation site connected to the DCCC. For some time, internet traffic associated with donations that was supposed to go to a company that processes campaign donations instead went to the bogus site, two sources said.

The sources said the Internet Protocol address of the spurious site resembled one used by Russian government-linked hackers suspected in the breach of the DNC, the body that sets strategy and raises money for the Democratic Party nationwide.