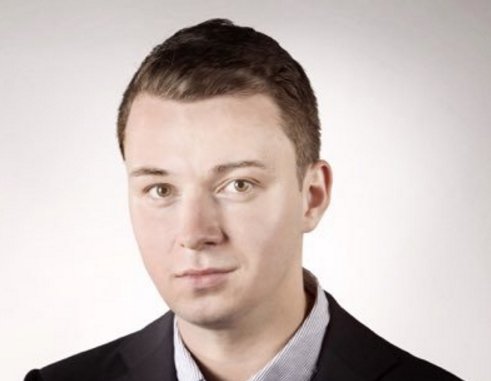 The Trump Campaign showed its cowardice when it announced that journalists who asked tough questions of the candidate or reported negatively on the campaign would not be given press-credentials for future events, but when campaign security blocked a ticketed Washington Post reporter from attending Mike Pence inaugural vice-presidental rally in Milwaukee, a regular, law-abiding private citizen who bought a ticket and showed up like all the other attendees -- it reached a new low.

First, campaign security told the Washington Post's Jose DelReal that he couldn't bring a laptop or phone into the rally. Then, when he returned from locking his devices in his car, security frisked DelReal for hidden cellphones. Then, having found none, they told DelReal he still couldn't enter because "I don’t want you here. You have to go."

Here's the thing: If we start banning citizens — like Jose or me or Michelle Malkin or Rachel Maddow or anyone else — from attending public events for one of the two people who will be our next president, we are sliding down a slippery slope to a future reality that is a very, very bad thing for our country.

To be clear: Jose was trying to cover the event for an established news organization. Although I think it is beyond ridiculous that The Post is banned from covering Trump, I suppose he retains the ability to decide who will be granted special access to his events. (The news media typically have to wait in a much smaller line to get into the event and don't have to compete for seating.)

But Jose then went and waited in line like everyone else. No special treatment. Yet he was clearly treated differently from other people seeking to attend the rally. A pat-down? Really?

A Post reporter was banned from a Trump-Pence rally yesterday. That should frighten you.
[Chris Cillizza/Washington Post]