A Song of Ice and Fire Is 20 Years Old 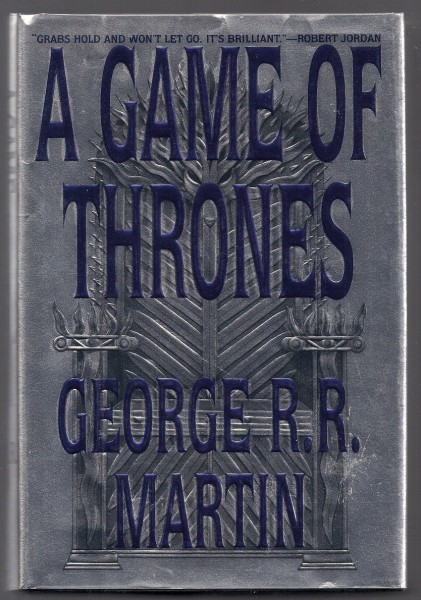 Recent comers to Game of Thrones may be surprised to discover that the first book in the series is 20 years old today. Though we now know it as the fantasy juggernaut keeping HBO and podcasting afloat, the scene George R.R. Martin describes on his livejournal at the book's release is much more modest.

Reviews were generally good, sales were... well, okay. Solid. But nothing spectacular. No bestseller lists, certainly. I went on a book tour around that same time, signing copies in Houston, Austin, and Denton, Texas; in St. Louis, Missouri; in Chicago and Minneapolis; and up the west coast to San Diego, Los Angeles, Berkeley, Portland, and Seattle. Turnouts were modest in most places. The crowds didn't reach one hundred anywhere, and at one stop (St. Louis, if you must know), not only was attendance zero but I actually drove four patrons out of the bookshop, allowing me to set my all time "bad signing" record at minus four (on the plus side, I had the time for long friendly talks with the readers who did show up).

The latest book in the series is famously over deadline, with the TV show passing Martin's telling and revealing plot points before Martin himself is able to, but his inability to finish the series is even more incredible given his original ambitions:

I'd thought the whole story could be told in three books, and that it would take me three years to write them, a year per book. That picture was taken just a few weeks after I blew my first (bot not my last, oh no) deadline on the series. Ah, how innocent I was... little did that guy in the picture imagine that he would be spending most of the next two decades in the Seven Kingdoms of Westeros with Tyrion, Daenerys, Arya, Sansa, Jon Snow, Bran, and all the rest.

But here I am, twenty years later... still working on book six... ((and no, sorry, I have no announcement to make on that front)).

via George R.R. Martin's Not A Blog

A Song of Ice and Fire / BGaS / game of thrones