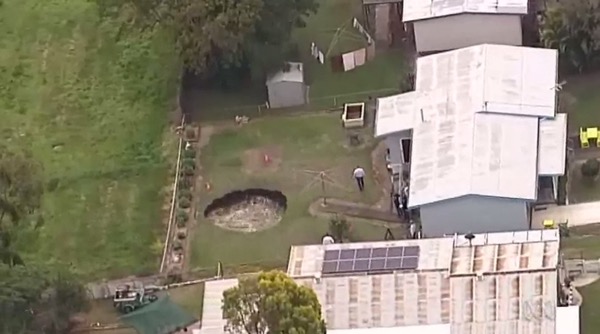 Mr. and Mrs. McKays live in a house built near a 100-year-old mineshaft near Brisbane, Australia. This week, a giant water-filled sinkhole appeared in their back yard. Fortunately, it looks like the house itself won't be damaged and the city is confident it can fill the hole.

“You can see this shaft was full up with rubbish and bottles and whoever did it (filled it), didn’t follow very good practices, Ipswich Mayor Paul Pisasale told AP. "We will take all the steps to get Lyn and Ray back in their house. It’s the mines department’s responsibility.”