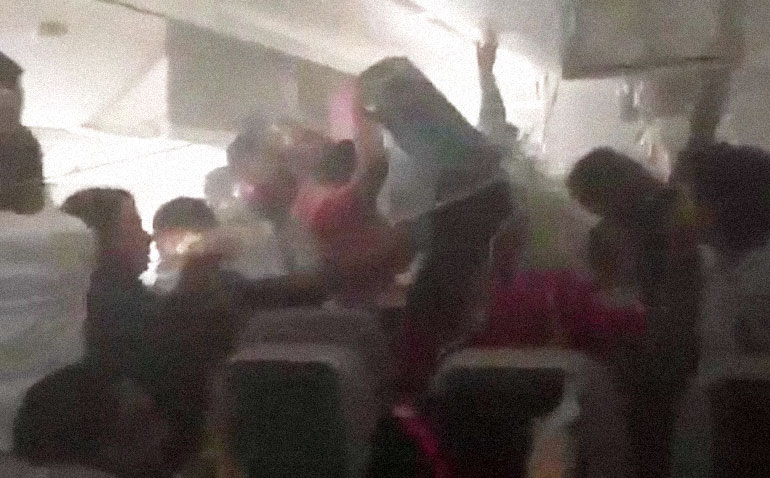 Moments before a crash-landed jet at Dubai airport burst into flames, amid screams and billowing smoke, passengers chock the aisle to fetch bags from overhead bins. The video starts sometime after evac begins, lasts more than 2 minutes, and ends before it's over: "Leave everything! Leave the bags!... Leave your bags behind! Jump!"