Bonnie Burton's next book: "Crafting with Feminism: 25 Girl-Powered Projects to Smash the Patriarchy" 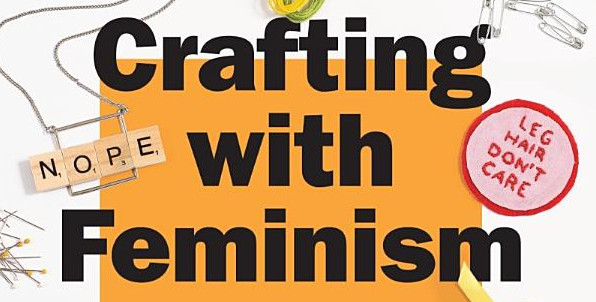 Bonnie Burton (previously) is a favorite around these parts, thanks both to her keen eye for awesomeness, and her next book, Crafting with Feminism: 25 Girl-Powered Projects to Smash the Patriarchy (Oct 18), looks like a big ole ball of perfect. (with a foreword by Felicia! Day! (never weird!))

This is what a feminist crafter looks like! Wear your ideology on your sleeve by creating feminist merit badges (like “started an all-girl band” or “rocked roller derby”). Prove that the political is personal with DIY power panties (“No means no”). Craft great feminist hero finger puppets (Ruth Bader Ginsburg, Frida Kahlo) or googly-eyed tampon buddies. Fun sidebars provide background on (s)heroes of the feminist movement.