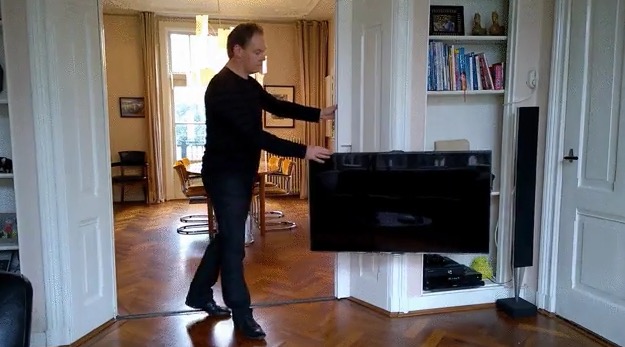 This is as cool as the DIY parking garage.

Hiding a TV in a sliding door

Last week, a redditor posted that "When I load the Xiaomi camera in my Google home hub I get stills from other people's homes!!" The post included video of the user's tablet showing stills of strangers in their homes, including some of strangers asleep in their bedrooms.