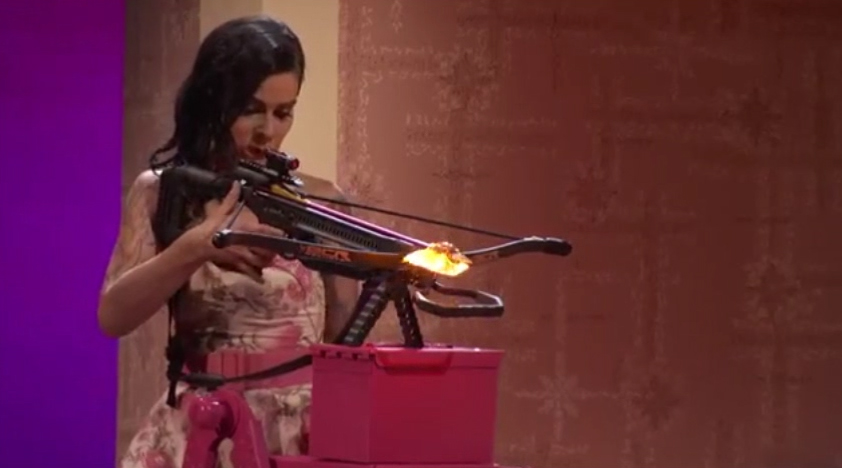 Ryan Stock and AmberLynn Walker, a pair of folks with no common sense at all, appeared on America’s Got Talent recently. He is a sword swallower, magician, and “daredevil,” while the woman is a bad shot.

She's got a crossbow with a laser sight and as you can see is pretty darn close to him, certainly not far enough to miss the target he's holding in his mouth.

Yet she manages to shoot her flaming arrow into his throat!

File this under: do not try at home.

The “Baby Trump Balloon” was flown by activists to protest President Trump’s proposed border wall, during the President’s visit to the US-Mexico border to make the case for more racist policies against brown people.