Study confirms a physical correlate to PTSD: "brown dust" in the brain 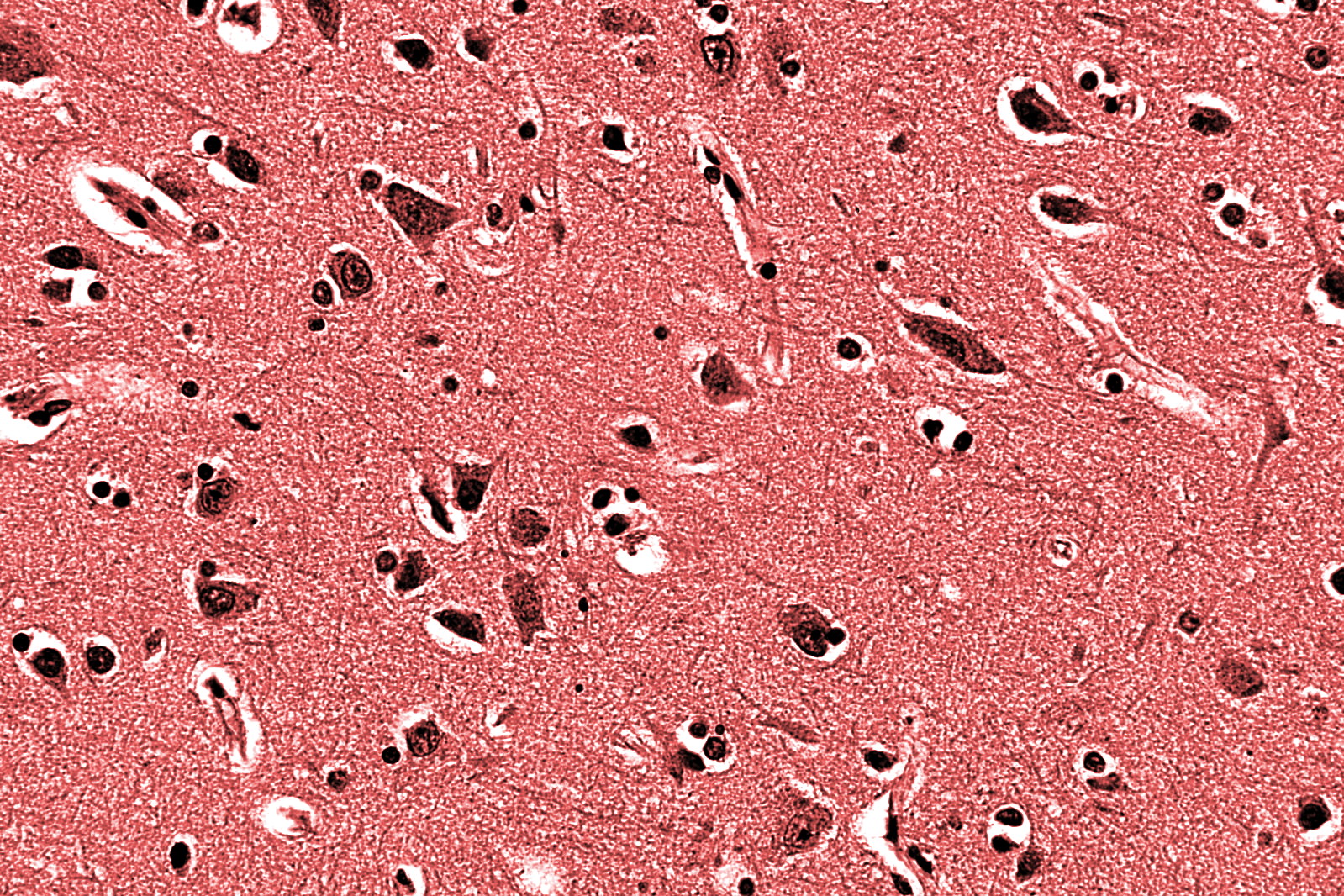 Since WWI, doctors have speculated that PTSD's underlying cause was some sort of physical damage caused by blast-waves from bombs, which literally shook loose something important in the brains of sufferers.

Since 2012, neuropathologist Daniel Perl has advocated for this theory: specifically that blast waves caused physical damage at the intersection of the brain's gray matter and white matter, where microscopic analysis of the brains of former soldiers who suffered from PTSD reveals a "brown dust" of scarring, in regions that are neuroanatomically associated with sleep and cognition.


Unless you believe in souls, all mental processes have physical correlates, so in some ways it's unsurprising to learn that specific kinds of injuries that reliably lead to specific behaviors have specific physical modes of action. But on the other hand, a long history of "dualism" (the belief that the mind is somehow separate from the brain) has created a split in how we perceive mental illness and "physical" illness, through which mental illness is treated as the expression of problems in the subject's character and moral fiber. In the case of PTSD (which has previously been called "combat fatigue" and "shell shock"), sufferers have been branded as "shirkers" whose fear of battle drove them to express their symptoms.

Ibolja Cernak is a Bosnian scientist who conducted a study on 1,300 veterans of the Bosnian/Serbian conflict, which confirmed much of Perl's hypothesis. Adherents of this hypothesis believe that the action of a blast weakens the material connections at their intersections -- perhaps by compressing the body and forcing blood into the brain, putting a "shearing load on brain tissues."

In 2007, Applied Research Associates studied the impact of blasts on military "breacher teams" who blow open doors with small explosive charges, looking particularly at trainers who are repeatedly exposed to blasts, which seemed to confirm the hypothesis as well.

Most recently, a US military research group who call themselves the "Gray Team" (because they are all gray-haired, and because they study gray matter) has used sensors worn by soldiers to further study blast damage, and to flag soldiers for neurological checkups if they are exposed to blast forces.

Daniel Perl is continuing to examine the brains of blast-injured soldiers. After five years of working with the military, he feels sure, he told me, that many blast injuries have not been identified. “We could be talking many thousands,” he said. “And what scares me is that what we’re seeing now might just be the first round. If they survive the initial injuries, many of them may develop C.T.E. years or decades later.”


Perl takes some solace from the past. He has read a great deal about the men who suffered from shell shock during World War I and the doctors who struggled to treat them. He mentioned a monument in central England called “Shot at Dawn,” dedicated to British and Commonwealth soldiers who were executed by a firing squad after being convicted of cowardice or desertion. It is a stone figure of a blindfolded man in a military storm coat, his hands bound behind him. At his back is a field of thin stakes, each of them bearing a name, rank, age and date of execution. Some of these men, Perl believes, probably had traumatic brain injuries from blasts and should not have been held responsible for their actions. He has begun looking into the possibility of obtaining brain samples of shellshocked soldiers from that war. He hopes to examine them under the microscope, and perhaps, a century later, grant them and their descendants the diagnoses they deserve.

What if PTSD Is More
Physical Than Psychological?
[Robert F Worth/New York Times]