The most common job in every state 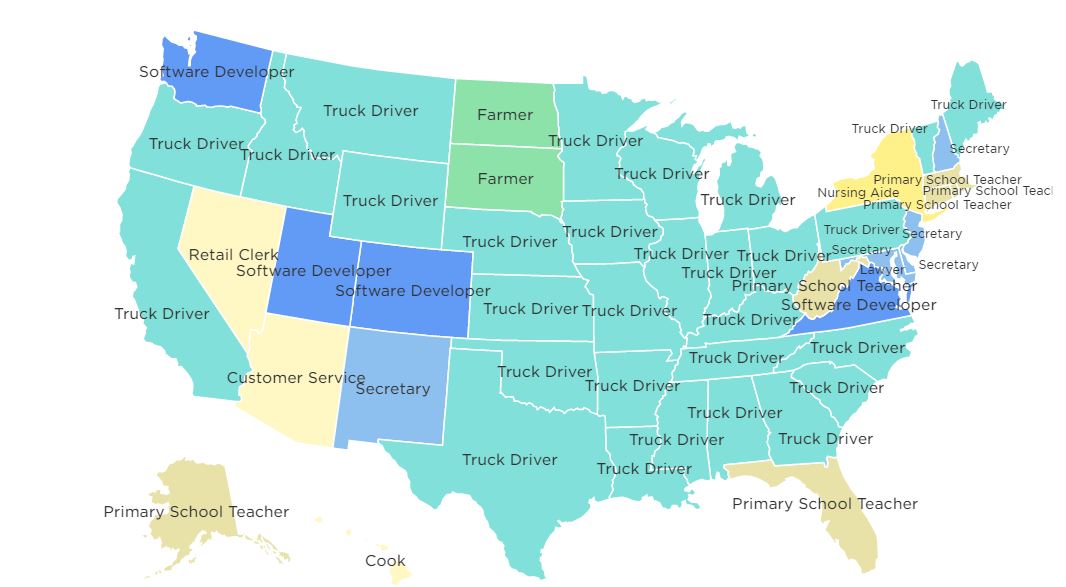 Most states being large and empty, the most frequent answer to the question "what is the most common job in your state?" is "truck driver." For everywhere else, teachers and software developers prevail. And where even roads are rare, farmers. Hawaii, though...

NPR's map is fascinating, though, in that you can jump back to earlier days. In 1978s, what did we all do before software development was the day job of millions?

What's with all the truck drivers? Truck drivers dominate the map for a few reasons.

Driving a truck has been immune to two of the biggest trends affecting U.S. jobs: globalization and automation. A worker in China can't drive a truck in Ohio, and machines can't drive cars (yet).

Let's see about that in a decade.