American Bar Association votes to DRM the law, put it behind a EULA 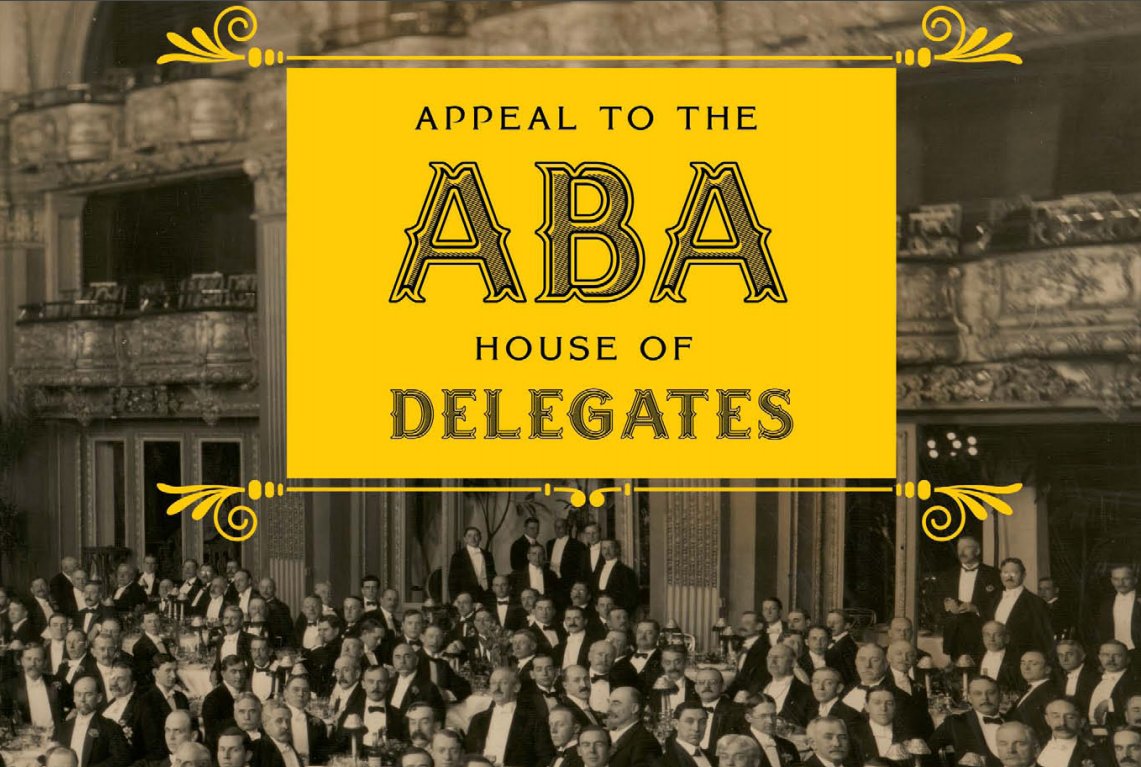 Rogue archivist Carl Malamud writes, "I just got back from the big debate on is free law like free beer that has been brewing for months at the American Bar Association over the question of who gets to read public safety codes and on what terms."

I was granted what is known as the "privilege of the floor" to speak before the House of Delegates at their Annual Meeting. The ABA Journal has a summary of the floor debate.

With a couple dozen resolutions on the table and some really inspirational speeches by all sorts of pretty amazing folks (the presidents of the ABA are pretty inspirational!), this was the only resolution that had any significant debate. We went at it for over 30 minutes. In my remarks I made the point that this resolution was perhaps well-intentioned, but bought into a really dangerous idea that somehow DRM-based access to the law from an exclusive private provider is "good enough." I was actually joined by the standards establishment in arguing strenuously that "read only access" simply doesn't exist and DRM is futile. A law is either public or it isn't. (And if a law isn't public, it isn't a law!)

The other side argued that DRM-based access is good enough for ordinary people, and felt that setting that as a minimum floor for access was a good thing. Today, many public safety standards have no access at all for the general public (although I'm proud to have 980 of the laws in question on my web site for access with no restriction and with significant transformation in your ability to use them), so Resolution 112 is sort of a step forward. For that I'm pleased. In a 146-210 vote, we lost our motion to take a deep breath and ask ourselves if maybe the current "split the baby" solution wasn't settling for something pretty bad and maybe we could do better. Although there were 6 ABA Sections that were the sponsors of the resolution (including, believe it or not, Civil Rights and Social Justice!), I suspect that very few of the task force members that did this thing has ever looked at a "read only access" standard, let alone our transformed version.

The lobbying for this resolution was intense. On Monday morning, I did 5 breakfasts with state delegations at Moscone while my colleague Cathy Gellis covered 4 breakfasts at the Marriott. At each one, we would give a pitch for a few minutes, there would be questions and answers, maybe a little banter about the state, maybe the other side was giving a pitch, then I'd walk around the table and hand out postcards). I ended up sending 480 snailmail packages and at the meeting giving out hundreds more postcards. It was gratifying when so many people said "I've been reading about this! I got a bunch of postcards in the mail!"

What struck me the most was the continual mention by the American Bar Association speakers of two things: "rule of law" and "we must embrace technology." I think the question of who gets to read the law is at the very heart of those two important themes, and I got to make my case before 550 of the top lawyers in the country, most of whom had not heard of this issue before. It was worth it.

Next up: Oral arguments in our big standards case is on September 12 in Washington, D.C. Our team of lawyers from EFF and Fenwick & West are going to argue for your right to read the law in any way you want to read it. All 6 plaintiffs and Public Resource have submitted Motions for Summary Judgment, a boatload of Amicus briefs were submitted, this will be the first time the substance of the case will be presented before the judge. Wish us luck.