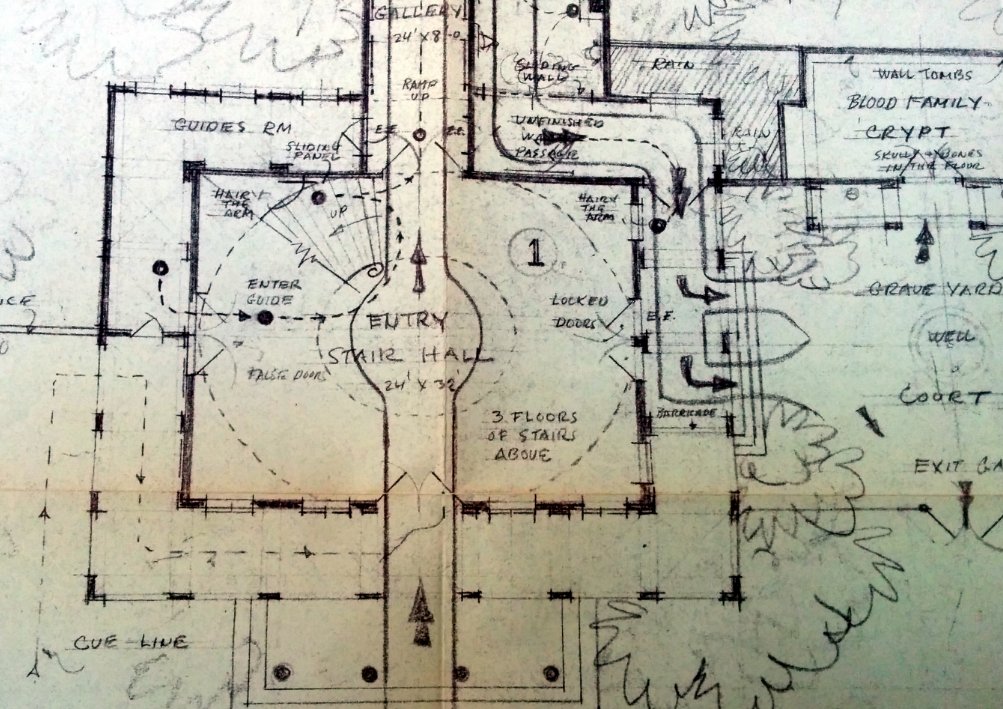 The LA Times investigates the many, fragmentary, much-revised storyline of the Haunted Mansion, the greatest ride that Disney ever built (though Walt himself had to die before the constraints he imposed on the ride could be set aside and the ride finished).

This material will be familiar to readers of Long Forgotten, the single best reference and critical analysis of the creation of, and influences behind, the Haunted Mansion; and for readers of The Haunted Mansion: Imagineering a Disney Classic, the definitive written history of the Mansion. But it's noteworthy for taking such a wide view, and for its first-hand accounts from designers and voice-talent involved in various incarnations of the Mansion.

From the mid-1950s until Walt Disney's death in 1966, three years before the Mansion opened, there was one consistent problem: "When [Walt] was alive, they never could come up with a story that he bought into," former Imagineering chief Marty Sklar says.

Crump was paired with Gracey in the late '50s by Walt Disney. So, what kind of direction did the creator of the Mouse give Crump and Gracey?

"I think that goes back to the way Walt worked in animation," Crump says. "He'd put a couple of story guys together and he'd give them a subject, whether it was Peter Pan or Snow White, and let them design the ride and come up with whatever they could come up with. After they had something that made some sense, then Walt would sit down with them. That's what he wanted Yale and I to do, and we ended up just being illusionists."