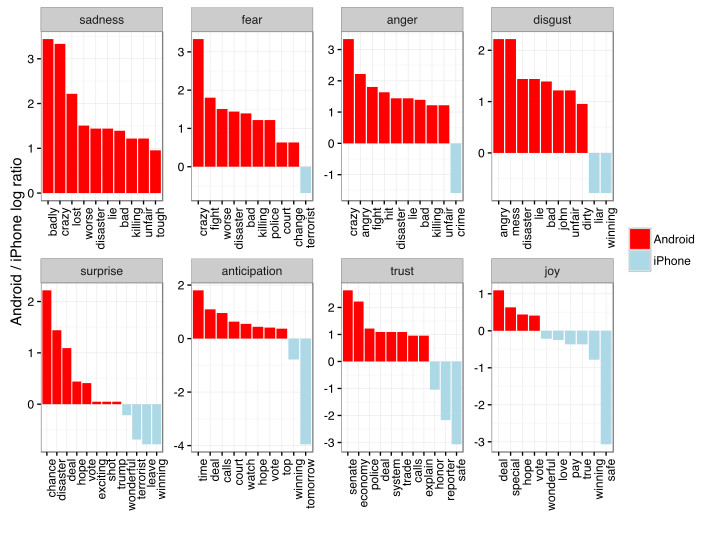 On August 6, artist Todd Vaziri observed that all of Trump's angry tweets come from the Twitter client for Android, while the more presidential, less batshit ones come from an Iphone; Vaziri speculated that the latter were sent by a staffer.

Now, David Robinson's textual analysis of the two different corpuses show that different people are behind each client's tweets -- they tweet at different times, using different syntax and vocabulary, and they use different hashtags and use them differently.

Thus, Trump’s Android account uses about 40-80% more words related to disgust, sadness, fear, anger, and other “negative” sentiments than the iPhone account does. (The positive emotions weren’t different to a statistically significant extent).

We’re especially interested in which words drove this different in sentiment. Let’s consider the words with the largest changes within each category:

This confirms that lots of words annotated as negative sentiments (with a few exceptions like “crime” and “terrorist”) are more common in Trump’s Android tweets than the campaign’s iPhone tweets.