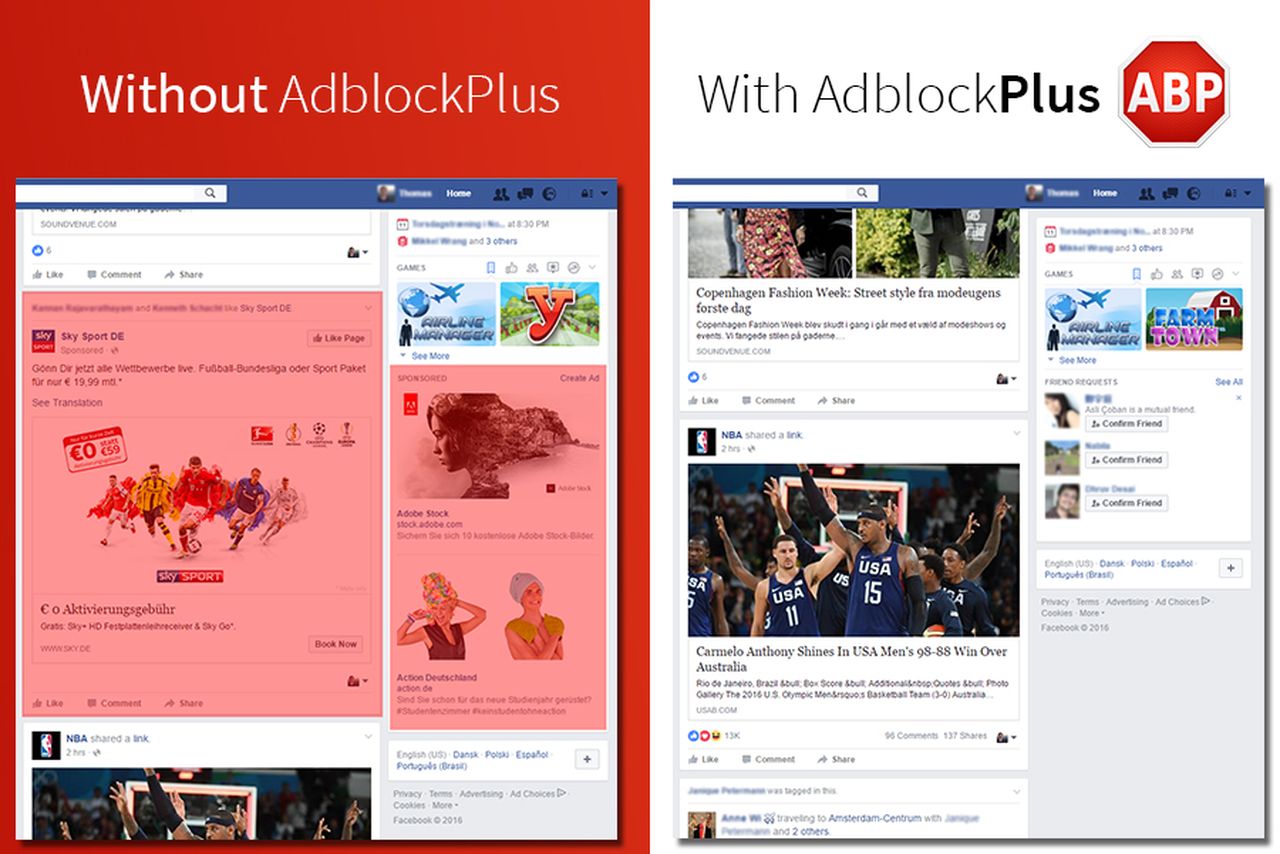 ABP's Ben Williams explained that the countermeasure originated with the Adblock Plus community, one of whom wrote a filter extension that would disable Facebook ads without a hitch ("facebook.com##DIV[id^="substream_"] ._5jmm[data-dedupekey][data-cursor][data-xt][data-xt-vimpr="1"][data-ftr="1"][data-fte="1"]").

The question is, will Facebook really dedicate engineers to inserting features that its users are going to extraordinary lengths to defeat, or will they try to woo, cajole, or trick their users into disabling their adblockers?

To circumvent ad blockers in the first place, Facebook removed code that explicitly identified ads, making them appear more like regular Facebook posts (it was a behind-the-scenes change; users still saw a "sponsored" disclosure). But apparently it didn't go far enough. Williams tells The Verge that beating the system again "was just a matter of finding the non-standard indicators they began using" and then filtering them out. But he added, "I would stress, though, that this is a cat-and-mouse game; so their next circumvention might come at any time."