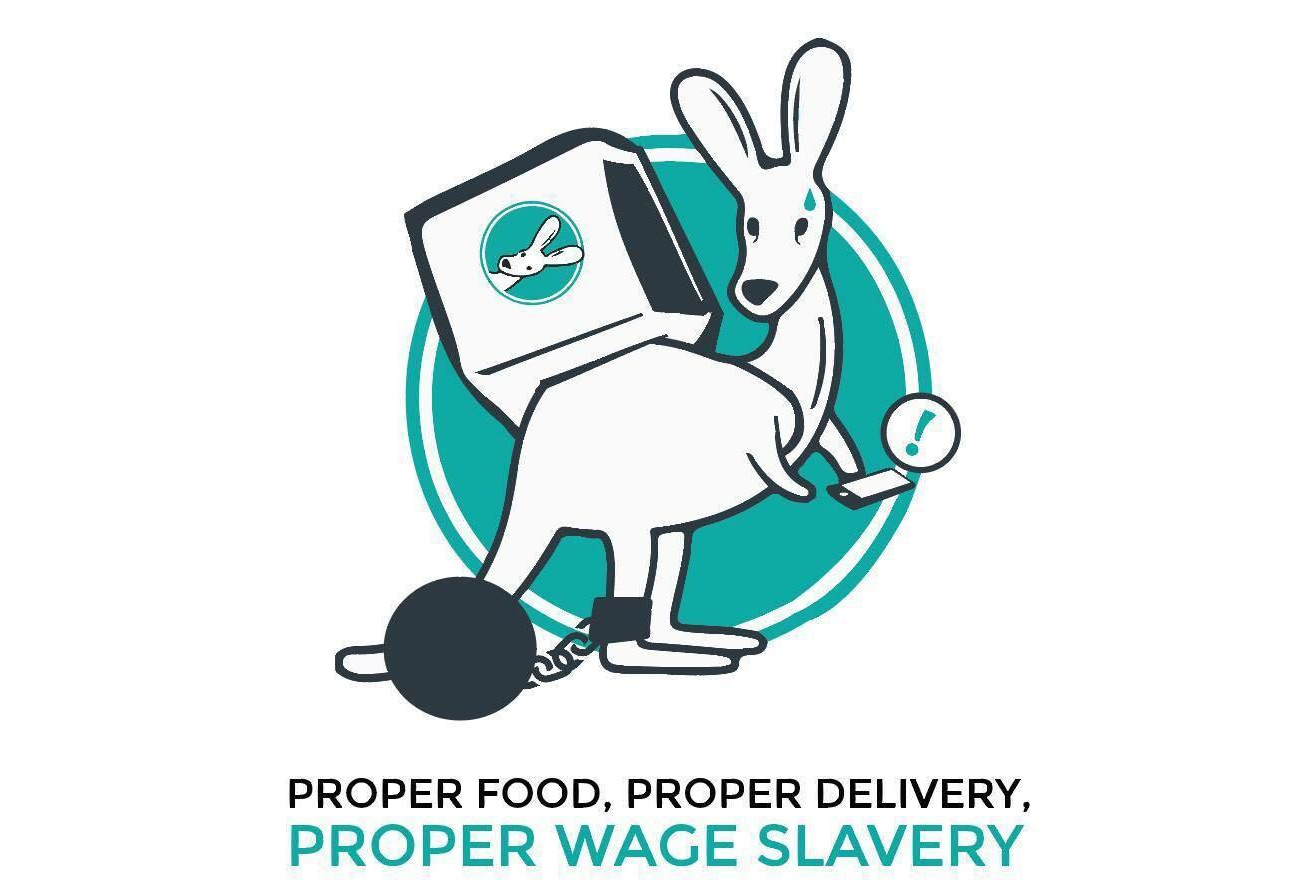 "Gig economy" scooter drivers for London's Deliveroo service earn £7/hour plus £1/delivery, and that's nowhere near a living wage: but rather than giving their a pay rise (£9.40/hour, plus £1/delivery, plus petrol, plus tips), Deliveroo wants to cut them all to zero-hours contracts with no hourly wage and £3.75/delivery and they fired all the drivers who asked for a living wage, so naturally, drivers are crowdfunding a strike-fund to fight back.

Their employment contracts are already desperately precarious, offering no job security, no sick pay, no paid holidays and no guaranteed hours – the epitome of the deregulated workplace. The new terms could mean drivers work whole days for nothing. This strike represents a stand against this move to calculated and maximised exploitation.

The strike started on Wednesday, as hundreds of drivers gathered outside the Deliveroo Head Office on Torrington Place, WC1. Drivers are striking for a fairer hourly rate at the London Living Wage of £9.40 plus petrol costs, plus tips, plus £1/per delivery. When drivers sought to negotiate, Deliveroo responded by sacking them.

This is the true face of Deliveroo and of zero-hours contract Britain. But this strike could change everything.