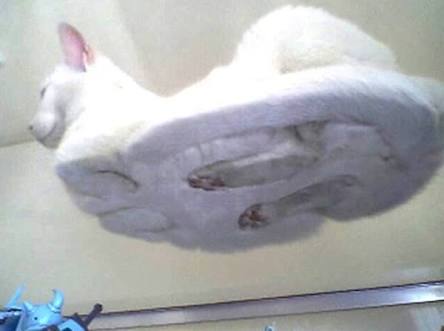 There they are, fluffy floofblobs. “Cat legs appear to function like airplane landing gears as the stow safely away in the floof,” observes one commenter.

Source, IMGUR: “In case you're having a bad day, here's some cats sitting on glass tables” by jtw143.