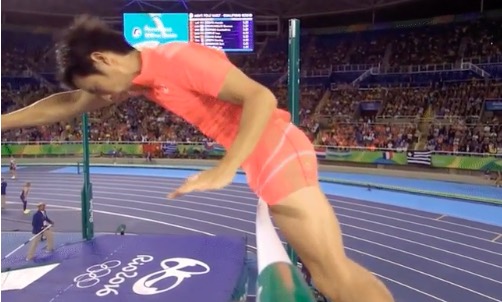 Japanese Pole vaulter Hiroki Ogita touched the bar with both his legs and his penis, placing him 21st in the qualifying rounds for pole vaulting with a penis.

I am surprised no Olympic commentators have explained how much more difficult the pole vault is for people with a penis.

Pow! Right in the penis