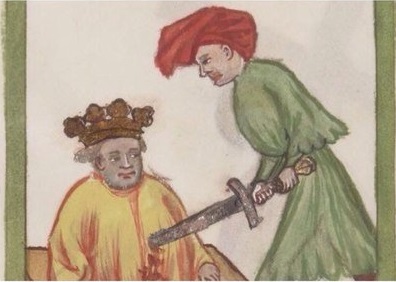 Medieval manuscripts were the imageboards of their day, full of murderous rabbits and lewd butts, a new (to me) subgenre is "people who don't seem to mind that they've just been stabbed" — perhaps the origin of the Black Knight?

current mood: people getting stabbed in medieval art who just don't give a fuck

(via That Book Smell)