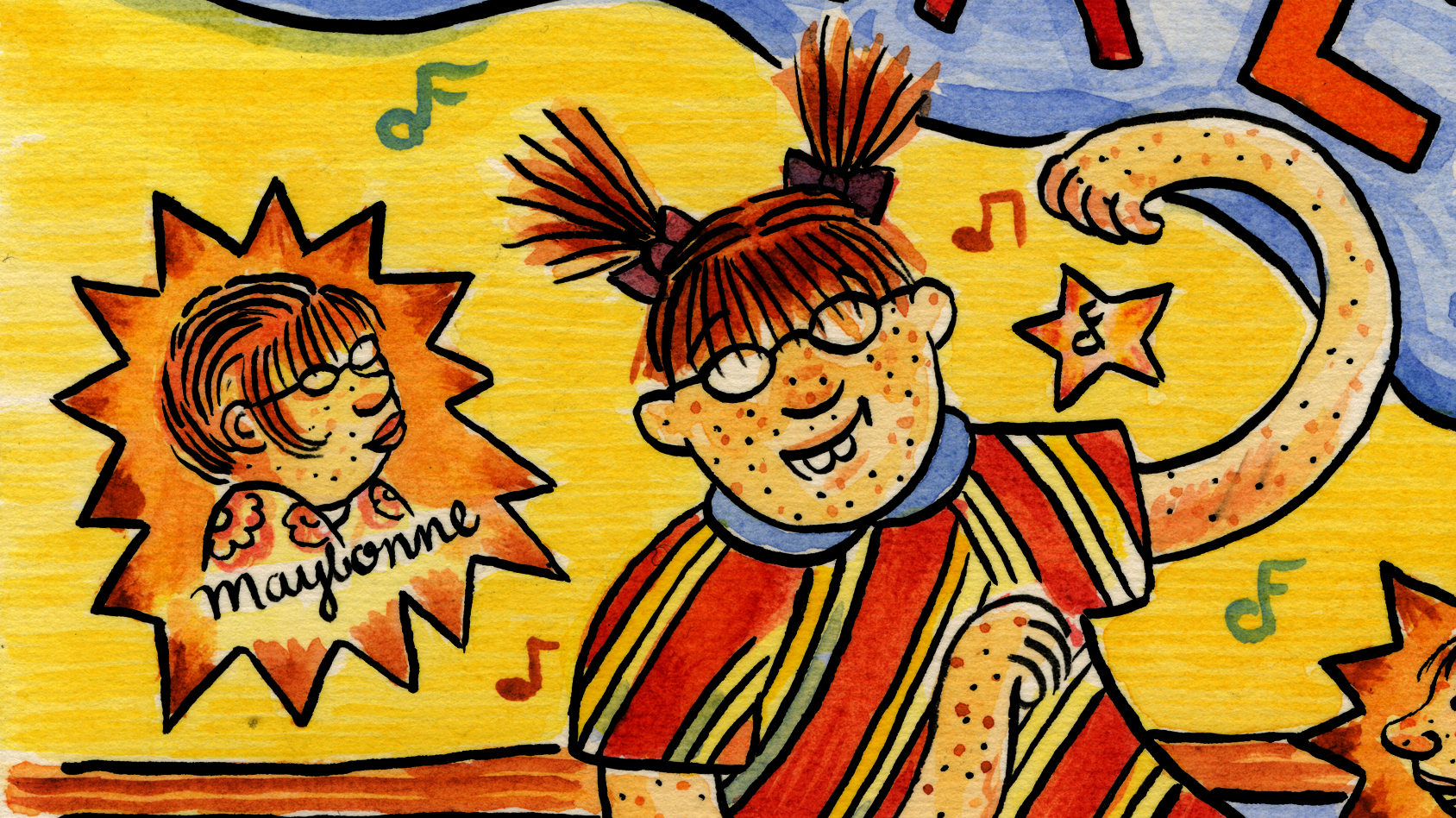 I started reading Lynda Barry's "Ernie Pook's Comeek" in the back pages of NOW Magazine as a teenager, and it is forever linked in my mind with Matt Groening's Life in Hell, which ran on the next page over. Today, Drawn and Quarterly publishes The Greatest of Marlys, the expanded and updated version of the giant collection that, 16 years ago, was the definitive record of one of the most extraordinary comics ever to grace newsprint.

Ernie Pook had many recurring characters, but they all swirled around Marlys Mullen, a freckled, attention-craving, enthusiastic, sweet and observant eight-year-old who, quite rightly, gets credit in the title of this definitive collection. Marlys is Barry's Charlie Brown, her Bart Simpson, her Little Dot, her Ernie.

Rereading these strips, you can trace the artistic growth of Barry, both in her composition and expressive lines -- which always feel authentically eight years old, but also grow somehow surer, feeling like the happy accidents of artistic expression when an eight year old, by dint of sheer tireless enthusiasm, stumbles on some precisely perfect way of depicting her subject.

More impressive is Barry's ability to condense story into four panels, four short paragraphs. The best of these strips manage to conjure a whole tale with such remarkable economy that it feels like a magic trick. Where monthly comic books tell stories that spread out over a year's worth of 20-page issues, Barry manages to pack a whole novel's worth of emotional climax into 100 words and four simple line-drawings.

I was 13 when Naked Ladies Naked Ladies Naked Ladies came out, and I remember being struck by how much use Barry got out of those 56 oversized pages with their sparse text, how she was able to expand on those four-panel marvels and scale them linearly to a story that was, incredibly, 56 times more wrenching and beautiful than one of those perfect Ernie Pook stories.

Then there was Cruddy, Barry's 2000 "illustrated novel," which tore my heart out. I read it last more than a decade ago, and I still vividly recall how the book made me feel -- that feeling of sadness and sweetness and a tiny, tiny crumb of hope -- whenever I see the cover. I read somewhere that Barry had writers' block on that one, and solved it by picking up her illustrator's paintbrush and painting the words on the page, four or five words per sheet, in that cursive I knew so well from the manuscript, until the manuscript towered six feet tall. Cruddy, too, demonstrated that Barry was able to work at the long form in ways that made her tiny miracles seem like deliberate, planned experiments that taught her the magic of telling tales at any length.

The Greatest of Marlys includes all the strips that were in the 2000 edition, but rescues some of Barry's strongest work, including some of that longer-form work, which ended up on the cutting room floor the first time around. In particular, it preserves the Jim Jimmy Jim/arson story (most of which Drawn and Quarterly has given us below), which is as dark as Cruddy and as sweet as Pook, and is a marvel.


Writing from a kid's point of view is hard, but Barry makes it look easy. Whether she's being silly and ridiculous (as with the recurring theme of Marlys's catalog of things for your trailer home) or brutal, as in the strips below, she's never inauthentic, and never less than brilliant.

The Greatest of Marlys [Lynda Barry/Drawn and Quarterly]

Memorial Day has always been the traditional start to the summer season — and there’s never been a summer with more people more ready to get out and enjoy life outside their home than this one. Of course, food will be a big part (if not the centerpiece) of all of our summer celebrations, so […]