Animation of every Olympic 100m dash winner racing one another 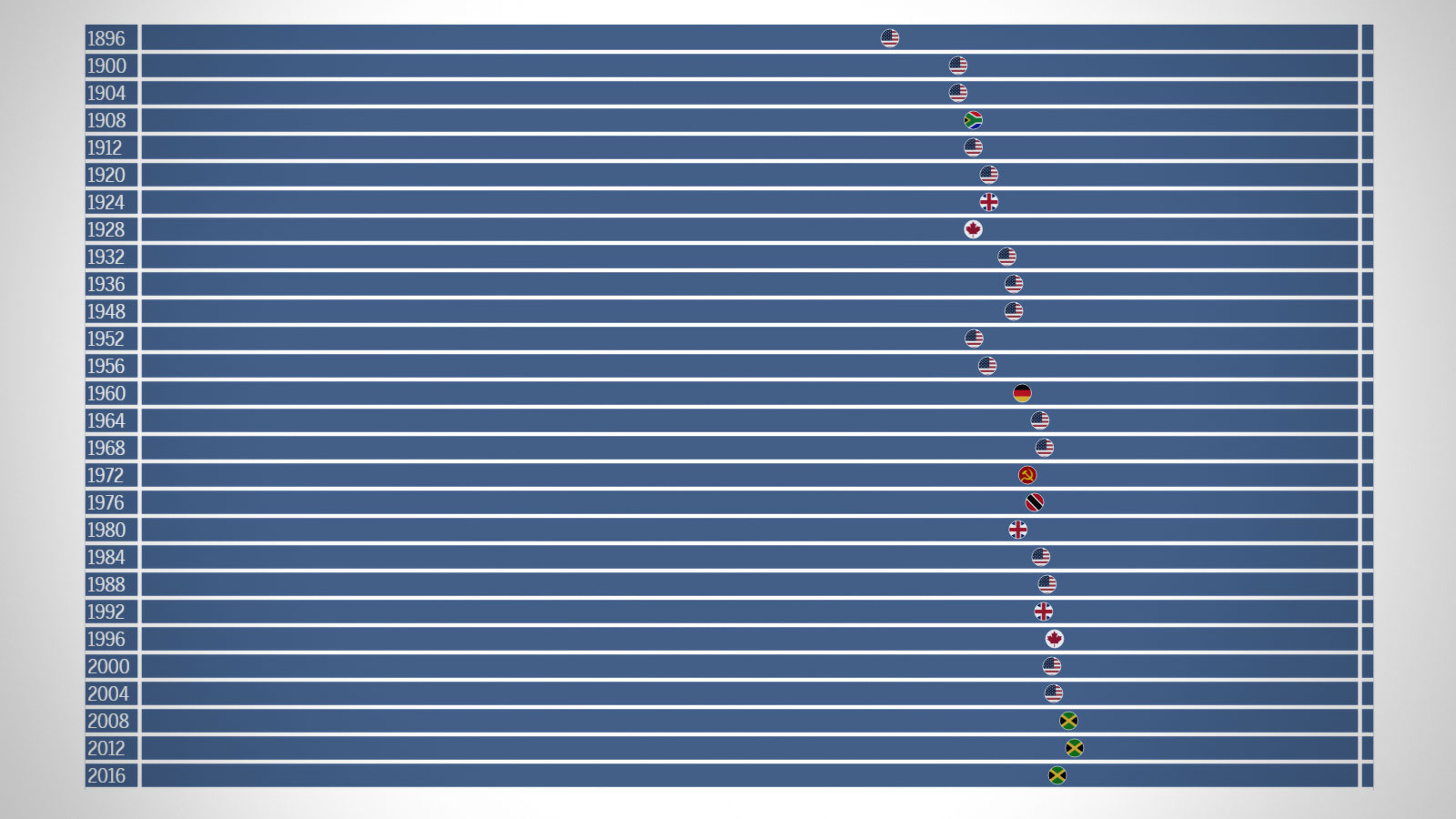 Since 1896, the 100m dash remains the best thing at Olympic track & field apart from the weapons-throwing events. Usain Bolt dominates now, but would he have dominated then? Yes, of course he would have: by several seconds! (Not included: Ben Johnson's steroid-fueled 9.79s win at the '88 Games, for which he was disqualified. Bolt beat it in 2008 and 2012's race, and other athletes have outside the Olympics)