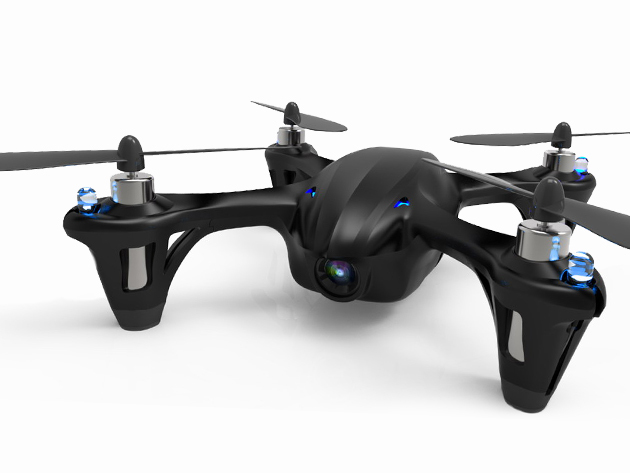 If you’ve ever seen a drone video, you know the footage blows traditional pictures and GoPro footage out of the water. And if you’re like us, you’ve been itching to get your hands on a drone of your own ever since. We fly the Code Black Drone with HD Camera because it's both a quality camera drone, and super fun to fly.

This palm-sized quadcopter comes ready to fly out of the box, and maneuvers like a much larger, professional aircraft. With a 6-axis flight control system and 4-way flip capabilities, you’ll be able to turn and and roll it in the sky with just a little practice.

While you’re flying, you can capture aerial video or snap still photos with the high-quality built in HD camera. Today, you can get two Code Blacks for the price of one at just $79.99.