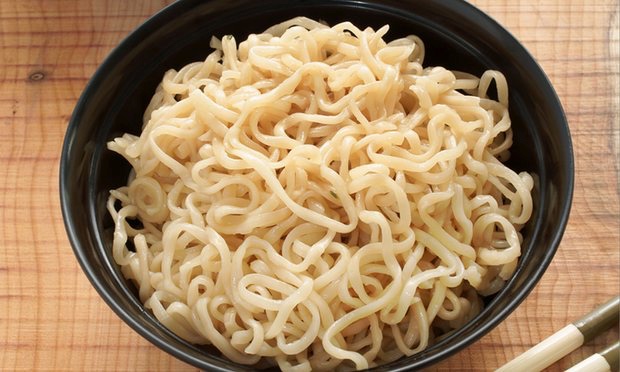 According to a new University of Arizona study, instant ramen is the most valuable currency at one US prison. For example, a two .59 packets of ramen could be traded for one $10 sweatshirt while one ramen packet was worth "five tailor-made cigarettes." Why did the noodles overtake cigarettes as the most valuable currency? Because the cafeteria food is terrible and it's getting worse. Sociologist Michael Gibson-Light calls it "punitive frugality." From The Guardian:

The study paints a bleak picture of the state of food available at the prison. Gibson-Light found that black-market food became more valuable after control over food preparation switched from one private firm to another in the early 2000s.

“That change was part of a cost-cutting measure,” Gibson-Light said. “With that change that resulted in a reduction in the quantity of the food the inmates were receiving.”


Inmates at the prison Gibson-Light studied went from receiving three hot meals a day to two hot meals and one cold lunch during the week, and only two meals for the whole day on the weekend...


“[Money] doesn’t change unless there’s some drastic change to the value in people using it,” he said. The shift from tobacco to ramen highlights how dire the nutritional standards at prisons has become, he added.