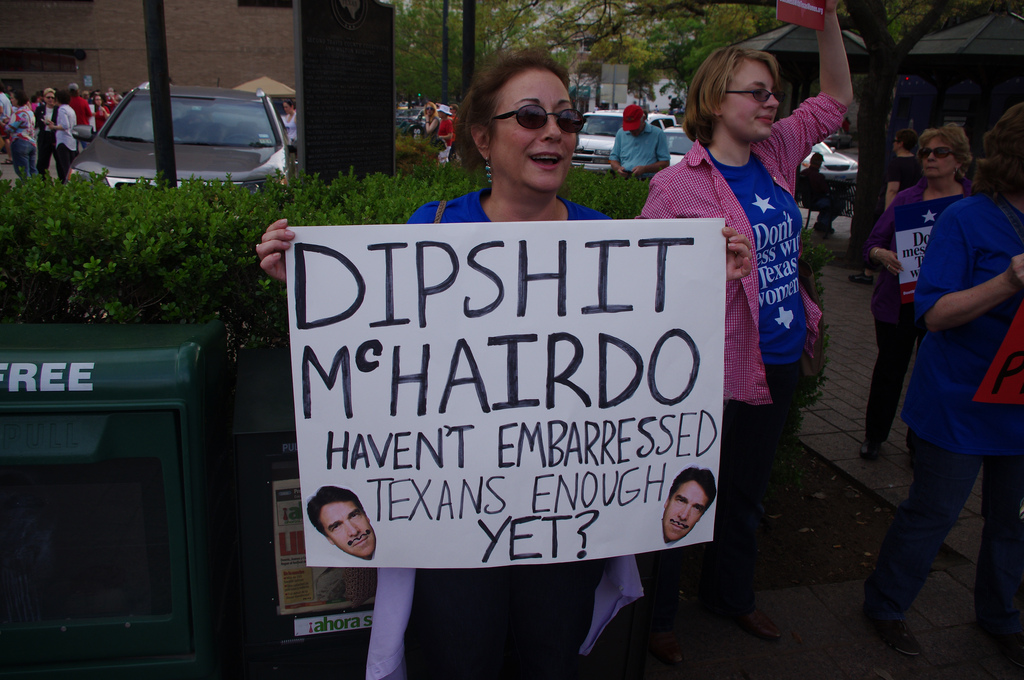 Remember when Texas governor Rick Perry and the GOP state government led an unprecedented assault on women's reproductive health in the name of preventing abortions, using dirty tricks to pass an unconstitutional law that led to a boom in unsafe home abortions and a black market for day-after pills, while ending Planned Parenthood's vital cancer-screening program, before defunding Planned Parenthood altogether?

And that's before the Zika stats start coming in.

In the wake of the report, reproductive health advocates are blaming the increase on Republican-led budget cuts that decimated the ranks of Texas’s reproductive healthcare clinics. In 2011, just as the spike began, the Texas state legislature cut $73.6m from the state’s family planning budget of $111.5m. The two-thirds cut forced more than 80 family planning clinics to shut down across the state. The remaining clinics managed to provide services – such as low-cost or free birth control, cancer screenings and well-woman exams – to only half as many women as before.