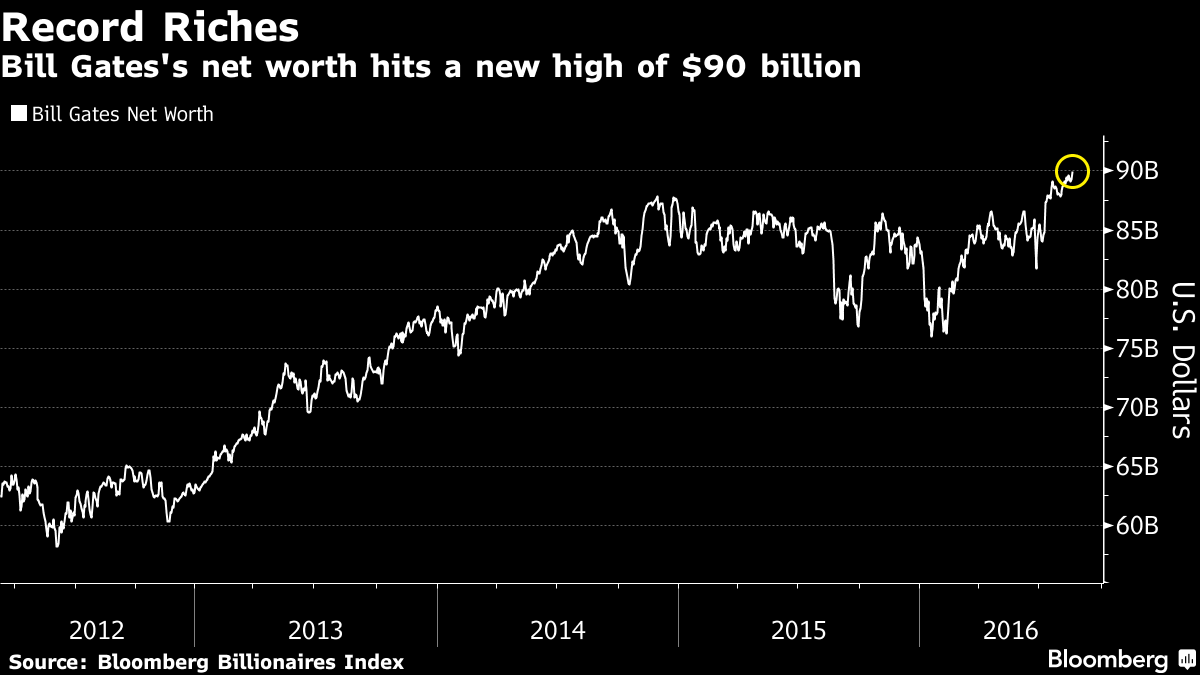 When Thomas Piketty published his 2013 book Capital in the 21st Century, he said that capitalism's primary beneficiaries aren't those who make amazing things that improve the world (as its proponents claim) -- rather, it favors those who have a lot of money to begin with.

One of Piketty's sharpest examples is a comparison of three fortunes: that of L'Oreal heiress Liliane Bettencourt (who has literally not worked a day in her life), Bill Gates the entrepreneur (when he was running Microsoft), and Bill Gates the rich guy (after he quit). Capitalism theory predicts that the greatest rewards will accrue to the second person: Entrepreneur Gates, who founded the world's most profitable company and revolutionized the world.

But the reality is that Bettencourt saw her fortune grow by just as much as Entrepreneur Gates, over the same period, despite the fact that she contributed absolutely nothing to the world's prosperity in that time. What's more, Investor Gates's fortune grew to eclipse that of Entrepreneur Gates, despite the fact that all that growth was made by moving money around, rather than making things that made the world better.

Not long after Capital in the 21st Century's English publication, Bill Gates reviewed the book, saying nice things about it but rejecting its core thesis.

Today, Investor Gates has comprehensively trounced Entrepreneur Gates in receiving reward for capital allocation instead of creation -- it's hard to ask for a neater rebuttal of Gates or affirmation of Piketty. I'm sure Gates is crying into his $90B breakfast cereal.

All large fortunes, whether inherited or entrepreneurial in origin, grow at extremely high rates, regardless of whether the owner of the fortune works or not. To be sure, one should be careful not to overestimate the precision of the conclusions one can draw from these data, which are based on a small number of observations and collected in a somewhat careless and piecemeal fashion. The fact is nevertheless interesting.

Take a particularly clear example at the very top of the global wealth hierarchy. Between 1990 and 2010, the fortune of Bill Gates -- the founder of Microsoft, the world leader in operating systems, and the very incarnation of entrepreneurial wealth and number one in the Forbes rankings for more than ten years -- increased from $4 billion to $50 billion. At the same time, the fortune of Liliane Bettencourt -- the heiress of L'Oréal, the world leader in cosmetics, founded by her father Eugène Schueller, who in 1907 invented a range of hair dyes that were destined to do well in a way reminiscent of César Birotteau's success with perfume a century earlier -- increased from $2 billion to $25 billion, again according to Forbes.

In other words, Liliane Bettencourt, who never worked a day in her life, saw her fortune grow exactly as fast as that of Bill Gates, the high-tech pioneer, whose wealth has incidentally continued to grow just as rapidly since he stopped working. Once a fortune is established, the capital grows according to a dynamic of its own, and it can continue to grow at a rapid pace for decades simply because of its size. Note, in particular, that once a fortune passes a certain threshold, size effects due to economies of scale in the management of the portfolio and opportunities for risk are reinforced by the fact that nearly all the income on this capital can be plowed back into investment. An individual with this level of wealth can easily live magnificently on an amount equivalent to only a few tenths of percent of his capital each year, and he can therefore reinvest nearly all of his income. This is a basic but important economic mechanism, with dramatic consequences for the long-term dynamics of accumulation and distribution of wealth. Money tends to reproduce itself.