400 years of equator hazings, and how I survived one 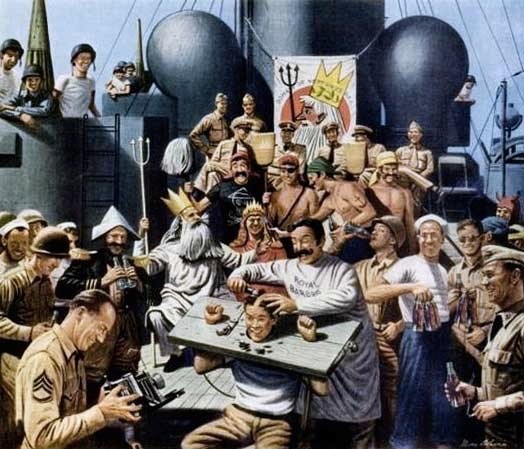 This summer, I spent a month aboard a research vessel in the Indian Ocean. At one point, we crossed the equator, which meant that those of us who had never done that before were treated to a special ceremony. In fact, it was a straight-up hazing, as I describe in a new article at Collectors Weekly.

The minute Pascal tied my hands together, I knew was in trouble. Pascal is a big man with an even bigger laugh, one of two hardworking, and hard-drinking, bosuns aboard a French research vessel called the Marion Dufresne. For his birthday a few days earlier, the crew had given Pascal a ball gag. Pascal thought this was hilarious, and immediately strapped the sex toy over his mouth, contorting his face in exaggerated expressions of mock distress, to the delight of the deckhands and officers assembled in the ship’s bar. Somehow, I couldn’t get that image out of my head, as Pascal, a mischievous grin now creasing his broad face, secured the knots around my wrists and gave me a wink. No doubt about it, whatever was about to happen next was totally going to suck.