Scot Nery's Boobie Trap is out of his mind 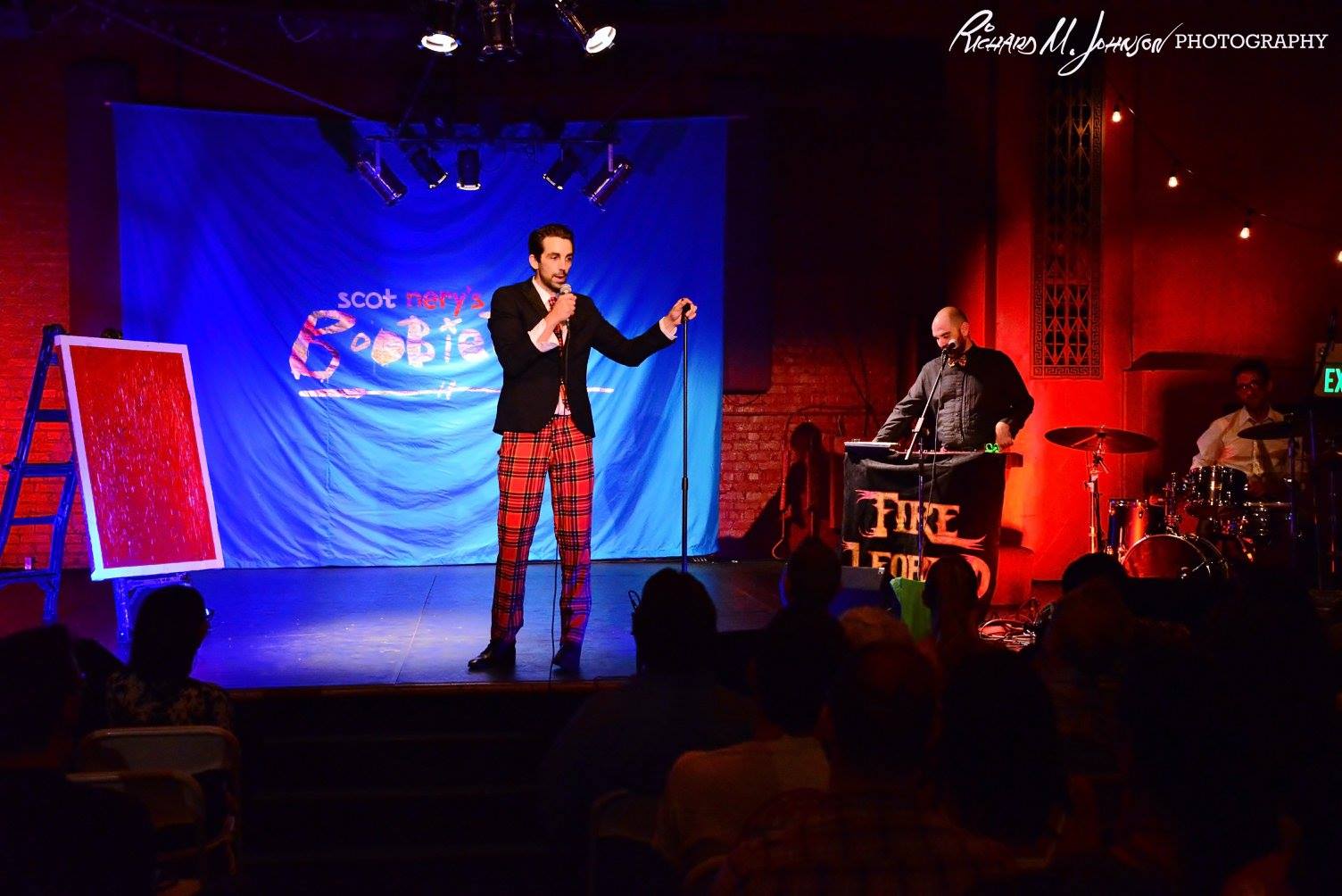 LA is chock full of beautiful theaters, but the one to be at on Wednesday nights is the famous Fais Do-Do Ballroom. It's not because of the rich history that oozes from its architectural pores – it's because that's where Scot Nery will be. And when you go to his show, don't be surprised if he greets you at the door and offers you a piece of cake. After all, you're stepping into an entertaining party of his design.

When the show begins, Scot explains the 3 rules that each of his performers must live by:

Every show that Scot puts on is completely different from the last and his emceeing style is ridiculously energetic as he introduces the evening's 14+ acts.

At times Scot may feel that the energy isn't quite up to his standards and he'll take matters into his own hands by tumbling, contorting his body, doing one-handed pushups and lovingly pelting the audience with heavily salted snack treats.

While on stage, he's like a big happy kid who's doing exactly what he's always wanted to do and his show is as if the Little Rascal's grew up, stayed together and became hilarious adults. By the end of the evening you'll be entertained by jugglers, magicians, comedians, trapeze artists, ventriloquists and more – and yet it'll seem to go by in a flash.

If you find yourself in LA and have an open Wednesday night on your hands, do yourself a favor and check out Scot Nery's Boobie Trap. It'll be an experience that you won't soon forget.