People in crowds do not spontaneously de-evolve into subhuman beasts 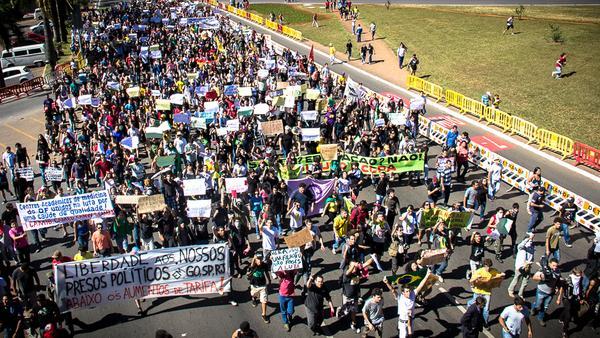 This episode’s guest, Michael Bond, is the author of The Power of Others, and reading his book I was surprised to learn that despite several decades of research into crowd psychology, the answers to most questions concerning crowds can still be traced back to a book printed in 1895.

Gustave’s Le Bon’s book, The Crowd: A Study of the Popular Mind, explained that humans in large groups are dangerous, that people spontaneously de-evolve into subhuman beasts who are easily swayed and prone to violence. That viewpoint has informed the policies and tactics of governments and police forces for more than a century, and like many prescientific musings, much of it is wrong.

Listen in this episode as Michael Bond, explains that the more research the social sciences conduct, the less the idea of a mindless, animalistic mob seems to be true. He also explains what police forces and governments should be doing instead of launching tear gas canisters from behind riot shields which actually creates the situation they are trying to prevent. Also, we touch on the psychology of suicide bombers, which is just as surprising as what he learned researching crowds.

This episode is sponsored by The Great Courses Plus. Get unlimited access to a huge library of The Great Courses lecture series on many fascinating subjects. Start FOR FREE with The Inexplicable Universe: Unsolved Mysteries taught by
Neil deGrasse Tyson. Everything we now know about the universe—from the behavior of quarks to the birth of entire galaxies—has stemmed from scientists who’ve been willing to ponder the unanswerable. Click here for a FREE TRIAL.

The Power of Others: Peer Pressure, Groupthink, and How the People Around Us Shape Everything We Do