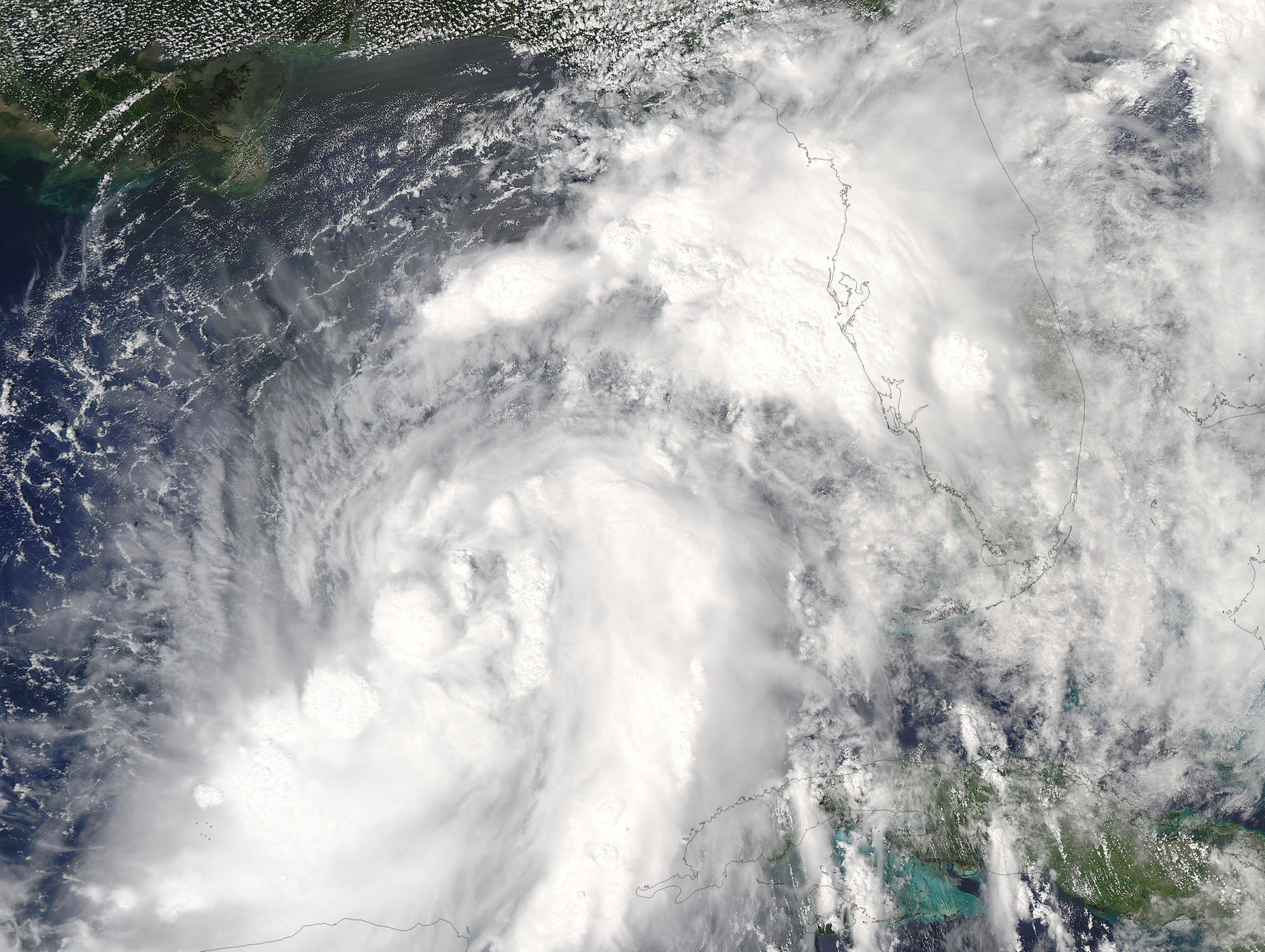 Tropical Storm Hermine officially reached hurricane status on Thursday, Sept. 1, 2016, reported NASA and NOAA's National Hurricane Center earlier today. When it makes landfall, it will be the first hurricane to hit Florida since Wilma in 2005. Hermine will probably touch down along the state's eastern Panhandle in the wee hours of Friday morning, and NOAA predicts that its force and the associated water surges will be “life-threatening.”

It's hard to hold your phone steady when it gets bumpy! #Hermine has lots of convection on its east side ? @lbucci45 pic.twitter.com/bURfaFDRFd

#Hermine will pass over western Atlantic SSTs that are anomalously warm by 1-3°C #passthepopcorn pic.twitter.com/89pKqlN28r

The National Hurricane Center says Hermine is currently spinning over the Gulf of Mexico as a Category 1 hurricane. Big Bend will likely experience the first landfall along Florida's Gulf Coast around midnight, with a high chance of deadly storm surges that may reach up to 9 feet, coupled with intense rainfall and related flooding.

NOAA's GOES-East satellite captured a visible image of the hurricane at 3:15 p.m. EDT (1915 UTC) that shows a much more organized Hermine with bands of thunderstorms wrapping around its low-level center and blanketing the entire state of Florida. Image: NASA/NOAA GOES Project

The image shows a much more organized Hermine with bands of thunderstorms wrapping around its low-level center and blanketing the entire state of Florida. The image was created at NASA/NOAA's GOES Project office, NASA's Goddard Space Flight Center in Greenbelt, Maryland.

The governor of Florida gave a stern warning to people who find themselves in the path of the storm today. Gov. Rick Scott struck an urgent tone in a state that may lack preparation because it hasn't been hit by a hurricane for more than 10 years.

"We have not had a hurricane (landfall) in years,” he said. “So many people have moved to our state (since) then, and we always have visitors."

People who are in Hermine's path “should have at least three days of supplies, and heed any mandatory evacuation orders along the coast.”

Here are a slew of links from NASA to follow, to keep track of the storm's trajectory.

Here is NOAA's advisory, as of the afternoon of Thursday September 1, 2016.