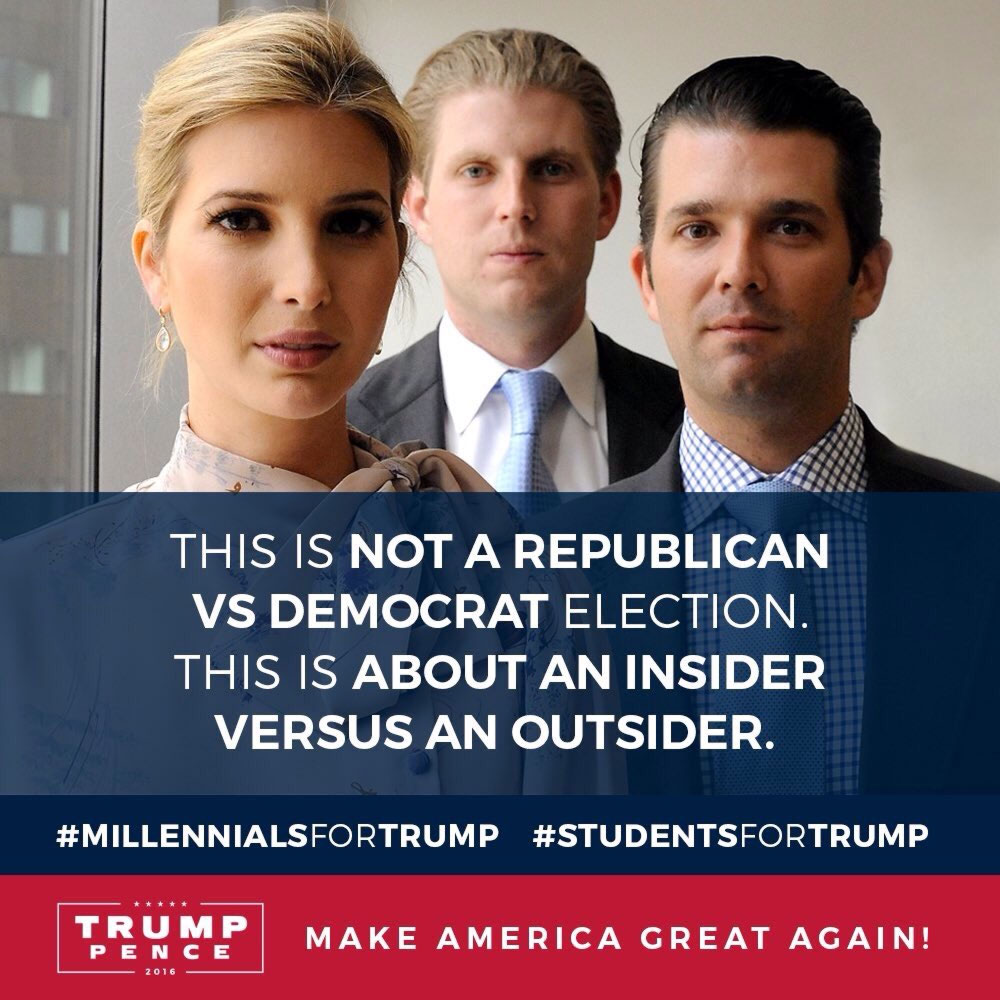 The above image is the Trump campaign's latest outreach effort, this time toward young people! It has a certain vibe to it, clean but sinister, yet comically unconvincing. As summed up by author Saladin Ahmed's remark: "They look like a version of GATTACA that's extremely lax about genetic testing."

Gattaca is a brilliant film about a man with a genetic flaw, struggling against DNA discrimination in a clinical, cooly fascistic future. If the private space industry's reluctance to hire someone doomed to premature heart disease seems disturbingly reasonable, rest assured that reality sometimes offers easier dilemmas than art: