How To Be At War Forever 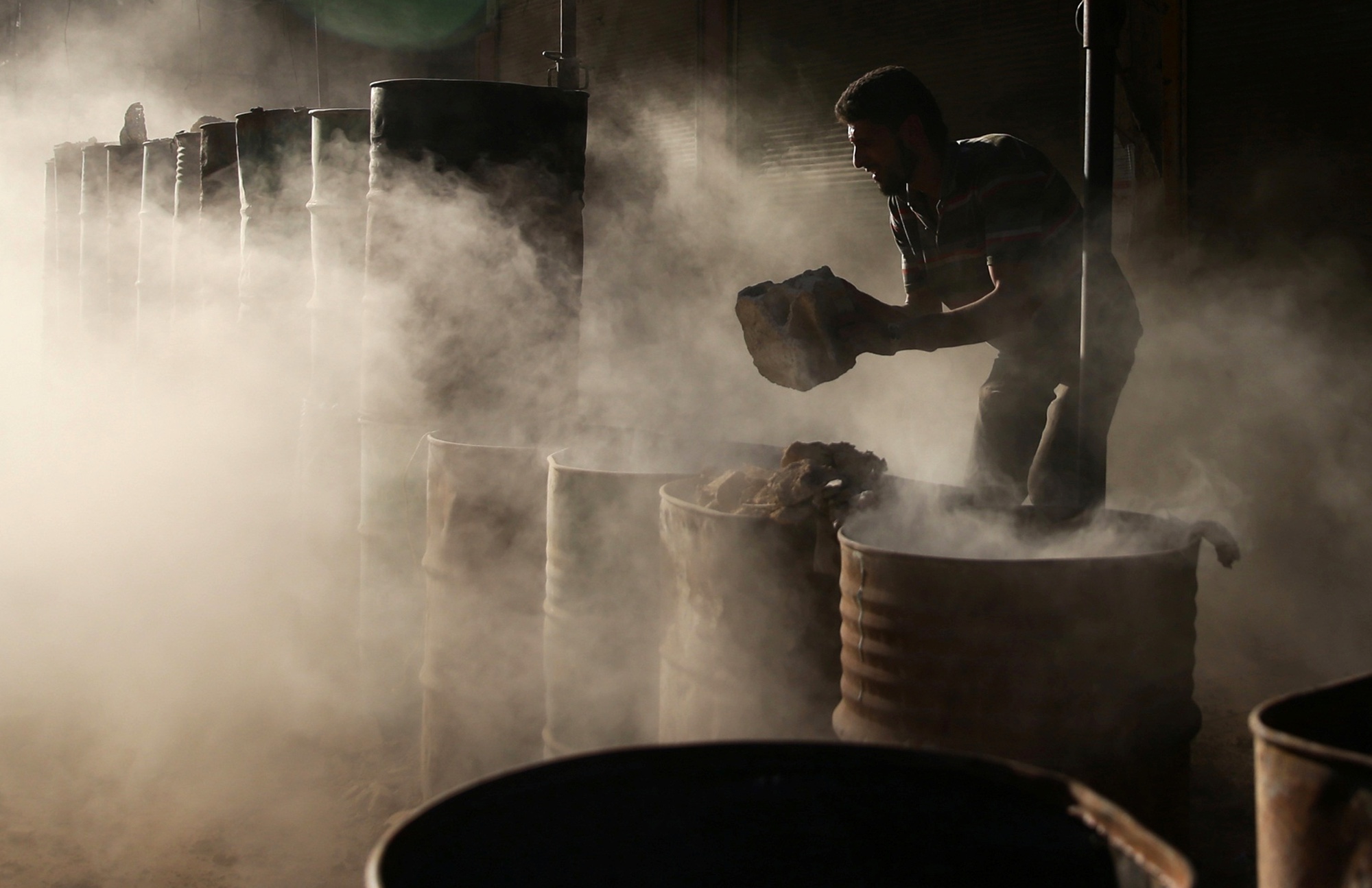 A man fills barrels with rubble to make a barricade to protect shops in the rebel held Douma area of Damascus, Syria Sep. 2, 2016. REUTERS

If you were the government and wanted to maintain a state of perpetual war, how would you go about it?

First, you'd need an enemy, of course, but that part would be pretty straightforward. After all, if the US government could convince the citizenry that Iraq was the 9/11 enemy but that Saudi Arabia was our friend when nineteen out of the twenty 9/11 hijackers were Saudi, it's fair to say that just about anything is possible.

But the next part would be harder. On the one hand, you'd have to claim progress in the war so that the citizenry would maintain its support for the war. On the other hand, you couldn't actually defeat the enemy, lest the war end.

That is to say, you'd have to maintain a longterm, delicate balance: we would always be winning in the war, but would never actually win the war.

With that balance in mind, your propaganda would likely be some version of, "Today, our military forces have achieved a significant victory. Of course, the enemy is insidious and resilient, and there is much hard work still ahead."

Which brings us to the latest in All The News That's Fit To Print:

"The American-led coalition has killed about 120 important Islamic State officials and operators, including about a dozen of the group’s top leaders, according to the Pentagon.

"Still, the Islamic State has proved to be remarkably resilient, American officials and counterterrorism specialists say, noting that the group, also known as ISIS or ISIL, has succession plans to replace even its top leader, Abu Bakr al-Baghdadi, should he be killed..."

Maybe it's a coincidence that according to the Pentagon, we've achieved yet another concrete War on Terror victory, while according to American officials and counterterrorism specialists, outright victory is still intangible and elusive. Maybe it's a coincidence that this narrative is precisely the one a team of social scientists would devise if tasked to come up with something that would maintain indefinite support for a never-ending war.

But it would be foolish not to at least wonder. War is awful for almost everyone. But for a few narrow factions, there's a lot of money to be made and power to be accrued. You could even go out on a limb and argue that war is a racket.

P.S. If you were really clever, you'd probably want a backup enemy--a Plan B in case the current enemy du jour were ever somehow actually defeated. In which regard, maybe it's a coincidence that we are now being told we are now in a new cold war with a resurgent Russia and that Vladimir Putin is behind everything bad in the world. But once again, it would be foolish not to at least wonder.