The US Copyright Office is the poster child for regulatory capture 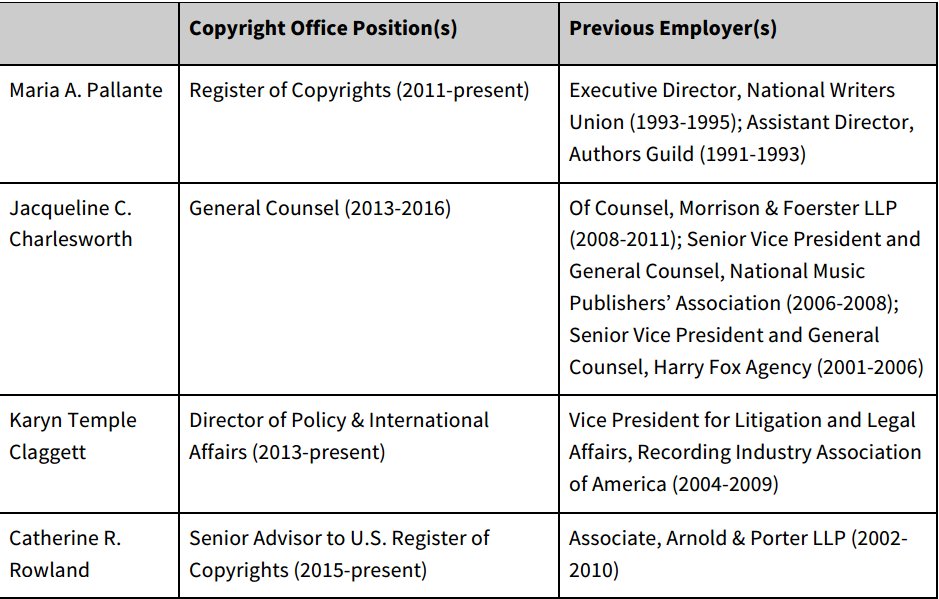 
This is 100% pure, white-hot smoking gun. What's more, since the Copyright Office is in charge of much of American internet/technology policy, it's a national scandal.

The Copyright Office, isolated from effective mechanisms of governmental accountability,
has become deeply and troublingly captured by major entertainment industries and other
rightsholder interests. As a result, it has regularly disregarded the concerns of other
stakeholders, such as libraries, archives, and the public at large. It has frequently aligned
itself with the agendas of industry trade groups, pushed for expansion of copyright at the
expense of consumers’ established rights, and published reports that embrace extreme
interpretations that rise above and beyond the scope of settled law.

The current state of affairs is unsustainable. The Copyright Office cannot, and should not,
remain insulated from accountability. We must, as a nation, have a serious discussion about
the Office’s role in policymaking, its reviewability, and the proper scope of its expertise. The
constitutional purpose of copyright is to “promote the progress of science and the useful
arts.” It is long past time that we have a Copyright Office that reflects this fundamental
principle.